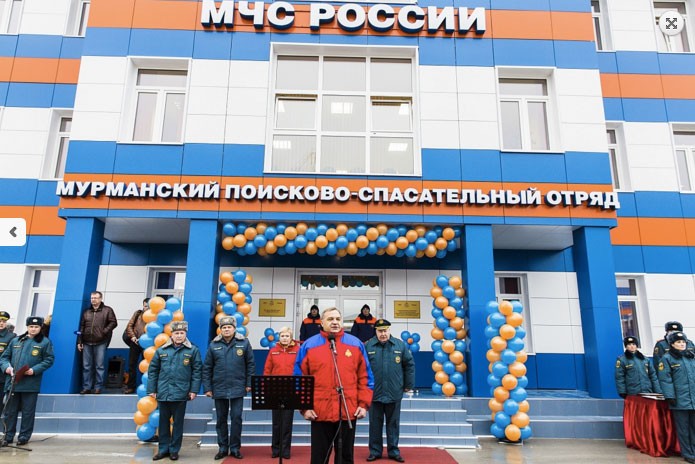 From this building, Russian emergency and rescue personnel will keep an eye on 700,000 square kilometers of Arctic waters.

The preparedness and rescue center, the third of its kind in Northwest Russia, will be able to respond to any emergency situation in the Arctic, Russian minister Vladimir Puchkov said as he on Wednesday opened the new facility.

From before, there are similar centers in Arkhangelsk and Naryan-Mar.

The center, which will be manned by a staff of 65, will have responsibility for the Barents Sea and the White Sea, in addition to the Kola Peninsula, a press release from the Murmansk Ministry of Emergency Situation reads. The marine areas cover a total of 702,000 square kilometers.

In addition to search and rescue operations, the new center will have a high focus on information and analytical work.

The location of Murmansk near the Northern Sea Route, and the region’s involvement in the Barents Euro-Arctic Cooperation enhances the need for such a center, the ministry argues.