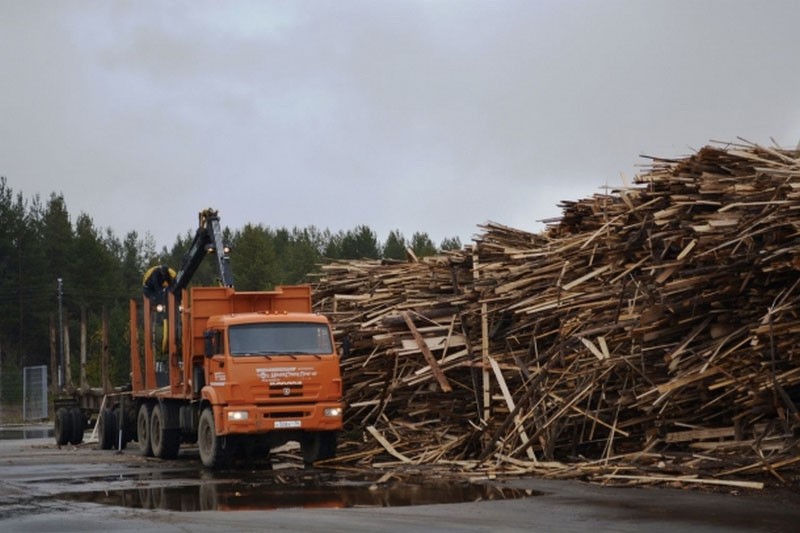 The Komi Republic is a pioneer in Russia on development of bioenergy (photo: biotoprk.ru)

A Norwegian-sponsored programme for bioenergy in the Komi Republic gives significant improvements to sustainability of regional forest industry.

Since 2013, the Norwegian consultancy Norsk Energi has in collaboration with the Tekna trade union implemented a cleaner production programme to promote bioenergy production in the Komi Republic, a Northwest Russian region. The programme, which is a part of the bilateral cooperation on environmental protection, focuses on the recycling of wood waste and is financed by the Norwegian Ministry of Climate and Environment.

The programme targets the problem with wood waste, or Hot Spot Ko-7, which is one of the 42 environmental issues identified as hot spots in a report by the Nordic Environment Financial Corporation (NEFCO) and the Arctic Monitoring and Assessment Programme (AMAP) from 2003. In 2005, the Ministers of Environment in the Barents countries set up the common goal of eliminating these hot spots.

“Three hot spots in Komi are today ready to be removed from the list and I think it would be realistic to eliminate also Hot Spot Ko-7 within two years”, says Hans Borchsenius from Norsk Energi.

The forest industry in the Komi Republic has been a major source of the waste problem. According to Geoinforesurs, who made an inventory of the wood waste situation in Komi a few years ago, 600.000 tons of wood waste is put on landfills every year. However, this number does not account for the wood waste that end up on illegal landfills and the total amount of wood waste might be as large as 1.5 million tons per year.

In 2013, the regional Ministry of Industry and Transport introduced a program for promotion of wood waste as substitute of coal and mazut in the heat and electricity production. The Norwegian companies Norsk Energi and Tekna, in collaboration with the Cleaner Production Centre in Moscow, have supported the ministry with expert advice, training programs and advisory assistance for the development of investment projects.

The programme sponsored by Norway seeks to continue this work, aiming for an exclusion Hot Spot Ko-7 from the current list of environmental hot spots. A new report from Norsk Energi accounts for the positive development from 2013 and onwards, highlighting reductions both in airborne emissions and waste at the same time as the regional energy budget has improved. The reduction in volume of wood waste stored has lowered the methane emissions and the replacement of coal and mazut by pellets or briquettes has led to a reduction also in airborne emissions of SO2, NOx, CO2 and black carbon.

So far, the programme has enabled the implementation of nine projects for recycling wood waste pellets and briquettes and another three projects constructing power plants base on wood waste. Five central heating plants have also been converted to bioenergy, which has led to a fourfold reduction of the energy price. In 2014, a pilot project for storage of wood waste was introduced and is expected to expand to several regions in the Komi Republic.

While the bioenergy project on Hot Spot Ko-7 is limited to the Komi Republic, Borchsenius notes that its positive environmental impact in the region will be of significance also to sustainable development in all of Russia.