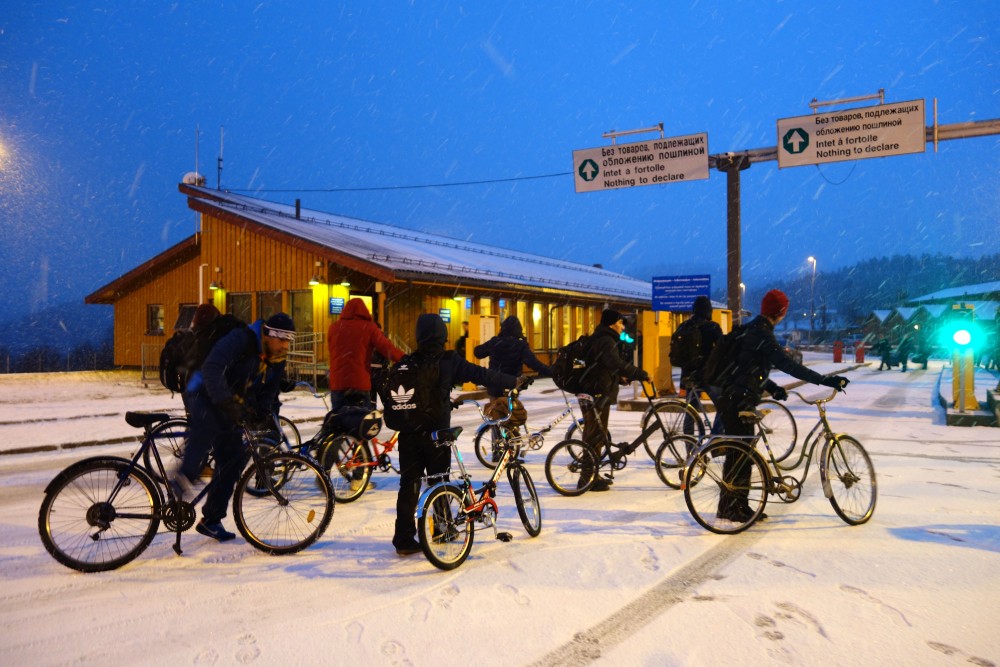 The flow of migrants across the Russian-Norwegian border has taken Norway by surprise. Photo: Atle Staalesen

Border guards are reportedly no longer letting migrants into the border zone towards Norway.

According to Bloger51, an independent news site in Murmansk, the Russian FSB border guard service is now stopping all migrants heading towards Norway at the Titovka checkpoint.

Titovaka is the travel document control point located on the outer edge of Russia’s border zone with Norway. The distance to the border is about 100 km.

Bloger51 quotes police officials in Murmansk who confirm that the checkpoint the last two days has been closed for migrants without Schengen visas.

It is not clear whether the closure is a permanent or just temporary measure.

Meanwhile, the Russian border towns of Nikel and Zapolyarny are ”overloaded with refugees”, the news site reports.

Also Norwegian broadcaster NRK now reports that border guards at the Borisglebsk checkpoint, Russia’s only border-crossing point to Norway, are letting through only a limited number of the migrants. According to broadcaster, the migrants are bribing Russian border guards to get across.

Many of the people who last weekend started to walk from the nearby town of Nikel towards the border were rejected at the checkpoint and had to return. The Russian border regime strictly prohibits travelers to walk by foot the last 20 km before the border.

Meanwhile, temperatures in the area are dipping below zero and the first snow has fallen.

Despite the new limitations from the Russian side, the number of asylum seekers registered at the Norwegian border crossing point of Storskog Wednesday beat the records with a total of 116. Thursday, the counter stopped at 147, according to a tweet posted by Eastern Finnmark Police District a few minutes after the border closed for the night.