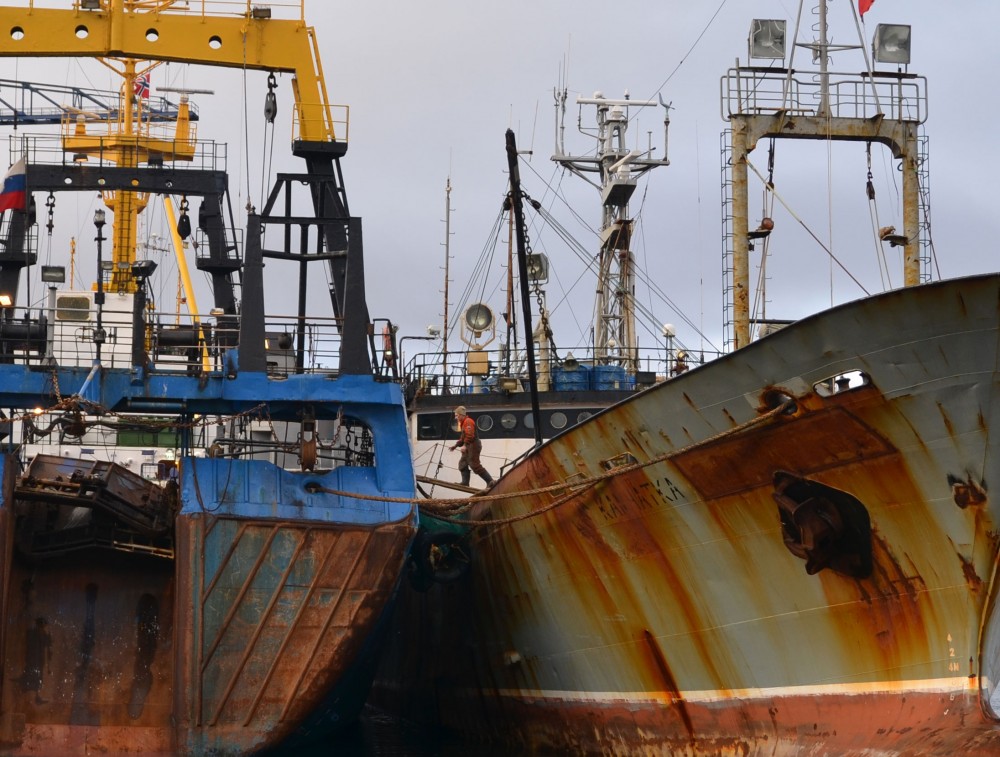 Crew member died after falling into the water in the Barents Sea, but the Captain on “Kamchatka” did not send distress call. Norwegian Coast Guard says there have been several suspicious deaths onboard vessels currently taking part in the unregulated fishing for Snow Crabs.

On Sunday, the fishing vessel “Kamchatka” made port call to Kirkenes after a Russian FSB Coast Guard vessel boarded the vessel on her voyage out in the Barents Sea.

Why did so “Kamchatka” try to hide?

On February 2nd this year, one of the crewmembers onboard fell over board while the vessel was in the so-called loophole in the Barents Sea. The area refers to the water that is in between the Norwegian economic zone, the fishery protection zone around Svalbard and the Russian economic zone.

“They managed to get him onboard again, but he was soon declared dead,” says Roger Andreassen with the Norwegian Coast Guard to the Independent Barents Observer.

“No emergency calls were made, neither to the Search- and Rescue Service in Murmansk, nor to other vessels in the area,” Andreassen informs.

The dead person was taken over to the vessel “Frio Murmansk” that brought him to Murmansk.

Roger Andreassen says it will only be speculations to say “Kamchatka” hides from Russian authorities because of the accident last winter.

Not the only death
The death is, however, not the only that has happened onboard vessels taking part in the unregulated fishing for Snow Krab that has boomed in the Barents Sea since last year.

“We have seen several cases with suspicious deaths since the fishing for Snow Crab exploded in 2014. This is because we have got “new” vessels into the Barents Sea that earlier where fishing is the Far East,” says Senior Adviser Roger Andreassen with the Norwegian Coast Guard.

Wild East
The Barents Sea is one of the most well regulated fisheries in the world, but since the Snow Crab is a new spice in the waters, no regulation is agreed.

Last month, two Snow Krab fishing vessels with Lithuainian flag were at port in Honningsvåg. Lithuanian fishing vessels have earlier been a rare sight in the Barents Sea.

Russian media were Sunday reporting about terrible conditions onboard “Kamchatka.” According to the wife of on sailor onboard, crewmembers were locked in their cabins and the Captain took their documents while the vessel earlier in October was at port in the Norwegian border town of Kirkenes.

“It is not normal that the Russian Coast Guard conducts inspections in other countries’ zones, but they have the full opportunity to do a flag state control. It has happened earlier this year as well,” says Roger Andreassen.