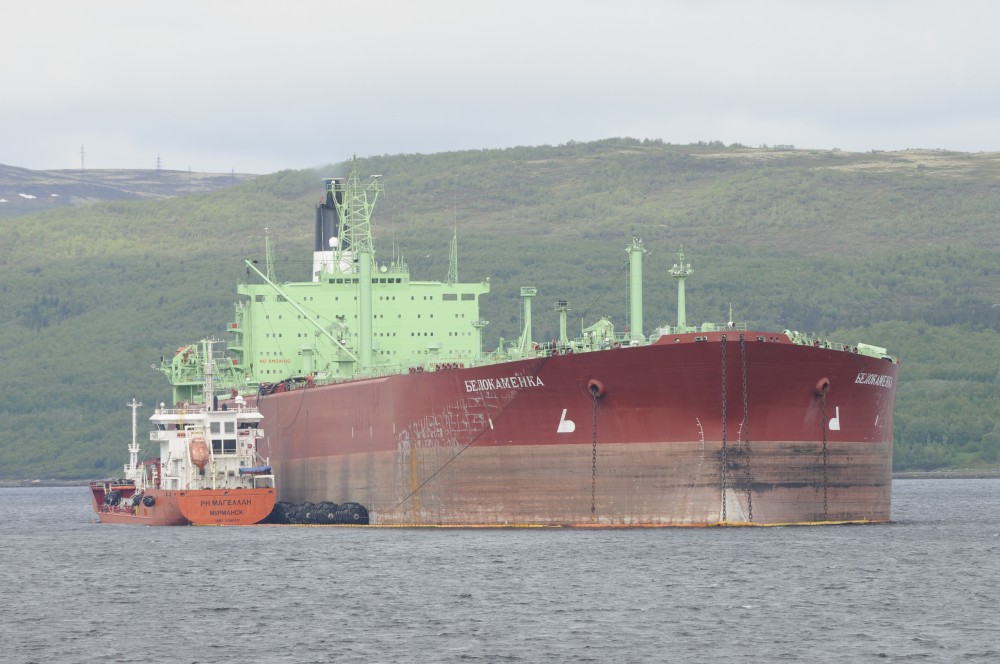 Has served as Floating Storage and Offloading vessel for Arctic oil for more than a decade.
By

Smaller shuttle tankers have sailed in oil to “Belokamenka” from the Arkhangelsk region. In the Kola bay, north of Murmansk, this oil has been reloaded and stored onboard the huge oil tanker awaiting other tankers to sail the oil to the European market.

The oil comes from Rosneft’s onshore fields in Western Siberia. Sent on railway to reloading facilities in Arkhangelsk, the route has been important for Russia’s oil export.

The 340 metres long vessel is one of the largest tankers in the world. Origninally Norwegian, her name was “Berge Pioneer” before being named “Belokamenka” (The White Stone) when transferred to Rosneft in late 2003.

According to Marine Traffic, “Belokamenka” was already in Norwegian waters east of the Varanger Peninsula on Monday. In Kirkenes, the transfer of the vessel to its Norwegian owners will take place soon. Rosneft has leased the vessel the last 12 years.

Reloading and storage of oil takes place several other places along the Kola Bay, including the land-based facilities that earlier served as a fuel-supply base for Russia’s Northern Fleet south of Severomorsk. This oil-terminal has railway connection so no ship-to-ship reloading of oil is needed.