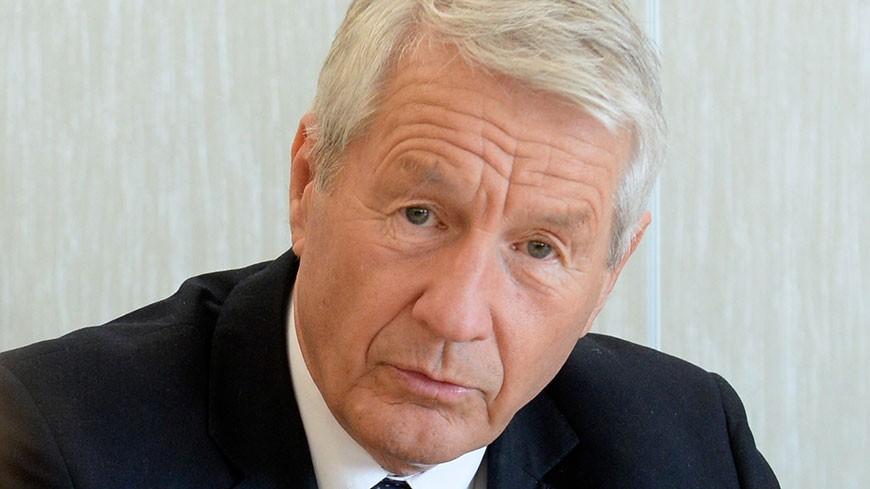 Thorbjørn Jagland is Secretary General of the Council of Europe. Photo: CoE

Secretary General of the Council of Europe says the law brings about a stigmatization of NGOs.

“I am very concerned by the recent Protocol send by the Russian Justice Ministry to one of the most respected and well-known Human Rights Organizations “Memorial” notifying that, by its activities, Memorial is undermining the constitutional order and is calling for a “change of regime”, Thorbjørn Jagland writes in his letter to Russian authorities.

He continues: “These accusations are extremely worrying, as they qualify a normal activity of a non-governmental organization which is sometimes critical of the decisions of the authorities, as being one of the gravest criminal offences.”

Most NGOs named Foreign Agents by authorities have ceased their activity.

In the Barents Region, seven groups are have got the Foreign Agent stamp from Russia’s Ministry of Justice. In Murmansk that goes for the LGBT-friendly Maximum, the environmental group Bellona Murmansk and the Humanist Youth Movement. In Arkhangelsk, the LGBT-friendly Rakurs organization got the stamp earlier this year and in Karelia the youth group Nuori Karjala got the stamp this summer.

In July, the Petrozavodsk-based goup Northern Environmental Coalition got the stamp. In September, Yasavey Manzara in Nenets Autonomous Okrug became the first Indigenous Peoples NGO to get the stamp Foreign Agents.

Two other environmental groups in Murmansk region, Kola Eco Centre and Priroda i Molodezh, have got warning they might be listed.

“Initiating debate on matters of public concern, alerting the authorities to human rights violations and expressing diverging views are the key functions of NGOs that any democratic state must promote,” Thorbjørn Jagland says.

Russia became member of the Council of Europe in 1996.