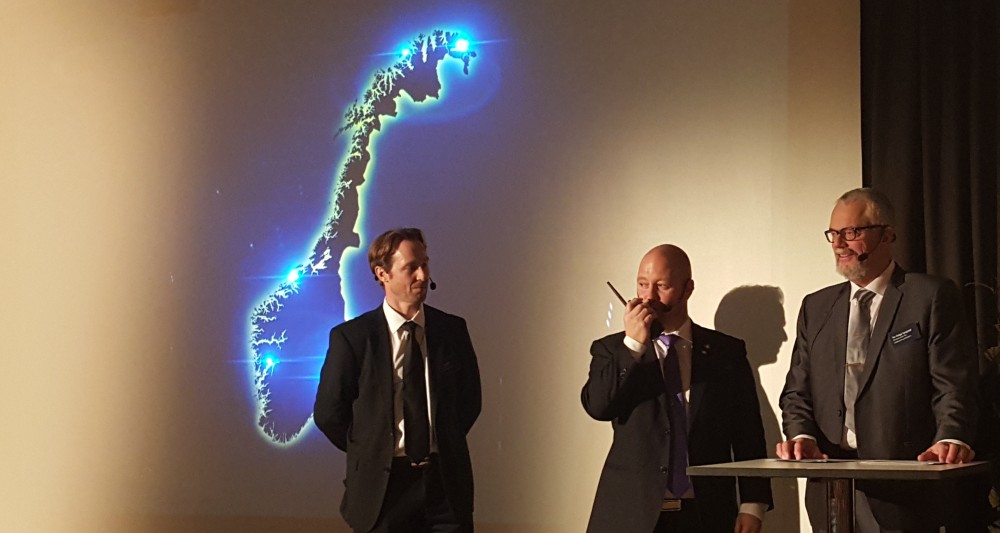 Norway and Sweden team up for cross-border emergency radio network

With Norway’s King Harald on the first row of seats, the Norwegian radio network linking all rescue and emergency users together officially went online in Norway’s northern border town of Kirkenes on Tuesday. Connecting via a handhold radio with police, ambulances and fire brigades around Norway, Minister of Justice and Public Safety, Anders Anundsen, announced the entire country connected.

Shortly afterwards, the Operation Centre at Finnmark Police District tuned over to the new radio frequencies.

Finnmark Police District is in size the largest in Norway and also the district with longest borders; to Russia and Finland. The new radio emergency network is, however, still not compatible for direct communication across the borders.

“Crises and emergency situations can be transnational. In 2016, we will have a large exercise together with Sweden. That is very, very positive,” said Minister Anundsen from the stage.

Norway’s new emergency communication network will next year get interoperability with the Swedish emergency radio network. That will give an ambulance driver in Norway direct connection with for instance a Swedish rescue helicopter unit. Or a Swedish fire brigade patrol can talk directly with a Norwegian bomb squad team.

In May, Norway and Sweden conducted the industry’s first interoperability testing of communications technology.

The Swedish-Norwegian cooperation hopes to stand as an example for others. Seamless communication during a rescue or other public safety mission does not have to end at the countries’ border. This is becoming increasingly important as extreme weather events become more frequent and crime becomes more international.

Mayor of Kirkenes, Rune Rafaelsen, welcomes the initiative with Sweden, but would like to see the northernmost neighbors also included.

“For Kirkenes, a cross-border radio emergency communication network with Finland should be a priority, Rafaelsen says.

Finnmark and northern Troms counties share a 736 kilometers long border to Finland in Europe’s most sparsely populated area. In emergency situation, the distances to nearest recue units could be substantially shortened with direct contacts over the borders.

Mayor Rafaelsen says communication across the border to Russia also could be considered. Last year, more than 300,000 border-crossings took place between Kirkenes and Russia’s Kola Peninsula.