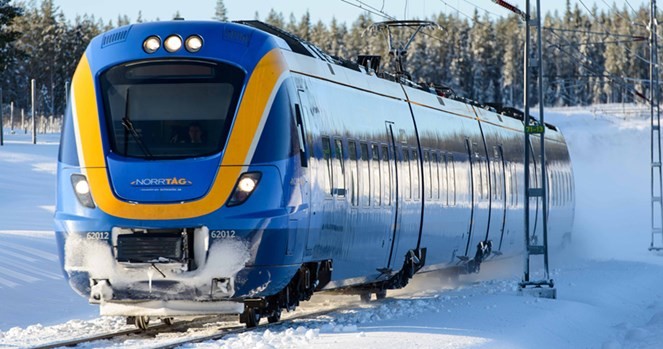 200 million Swedish kroner put on the table for planning higher-speed railway from Umeå to Skellefteå.
By

Six years after the Bothnia Line opened for traffic between Örnsköldsvik and Umeå, planning starts for the next distance further north.

The European Union last year granted SEK 100 million, added with another 100 million from the counties of Västerbotten and Norrbotten.

Plans stipulate for construction start in 2018, a press-release from the North Bothnia Line reads.

In the longer run, the plan is to extend the speed-railway north to Luleå and further to Haparanda, Sweden’s border town to Finland in northeast.

The distance from Umeå to Luleå is 270 kilometres and the railway line has an estimated price-tag of 30 billion Swedish kroner (€327 million).

Time reduction for passengers compared with buses will be at least 1,5 hours on the route.