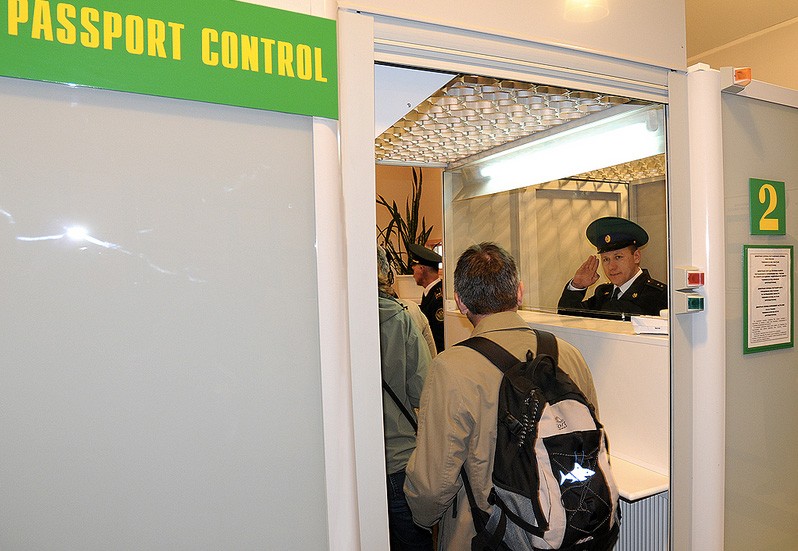 While the overall number of travelers between Norway and Russia is plummeting, people in the two countries's border towns visit each other as before. Photo: Thomas Nilsen

Inhabitants in the border town of Kirkenes on average visited neighboring Russia two times in 2015.
By

Political relations might be frosty, but local developments across the Norwegian-Russian border are still in a positive spin.

Despite the ruble collapse, East-West sanctions and plummeting economic relations, the number of local border crossings between the two countries’ neighboring municipalities of Sør-Varanger and Pechenga totaled 63,034 in 2015, a moderate five percent drop compared with 2014.

Local Norwegians account for the lion’s share. According to data from the Norwegian police, there were a total of 41,649 Norwegian border crossings to the Russian side,  a less than two percent drop from 2014.

That gives an average of two visits to neighboring Russia per person in the Norwegian municipality.

«This shows that there is a major interest in cross-border traveling among Norwegians and that the local border traffic regime remains a success», Kirkenes Mayor Rune Rafaelsen says. His municipality has about 10,000 inhabitants, of which about one third have obtained so-called local border traffic permits, the document granting visa-free traveling for people living in a 30 km range from the border.

The town mayor now wants more traveling across the border. «We want to develop cross-border local trade», Rafaelsen underlines, and adds that well-functioning border-points is a prerequisite for success.

«Calm and predictability on the border is a must for cross-border cooperation and economic development», he maintains.

The local border traffic regime has since it was introduced in 2012 been a major success, and especially for the Norwegians. According to the Russian General Consulate in Kirkenes, a total of 1112 local border crossing permits were issued in 2015, an increase of almost 40 percent from the previous year.

The positive trend on local border crossing comes amid a strong decline in the overall traveling between the countries. In 2015, a total of 243,000 border crossings were registered by Norwegian border police. That is a decline of about 24 percent from 2014. The drop is biggest among Russians, who in 2015 travelled about 30 percent less to Norway than the previous year.

Similarly, the number of regular Schengen visas issues dropped significantly. The Norwegian General Consulate in Murmansk in 2015 issued about 50 percent less visas than in 2014.

Meanwhile, figures from the Russian General Consulate in Kirkenes shows a stable development in the number of visas issued. In 2015, the number totaled 4609 compared with 4633 in 2014, the consulate informs.