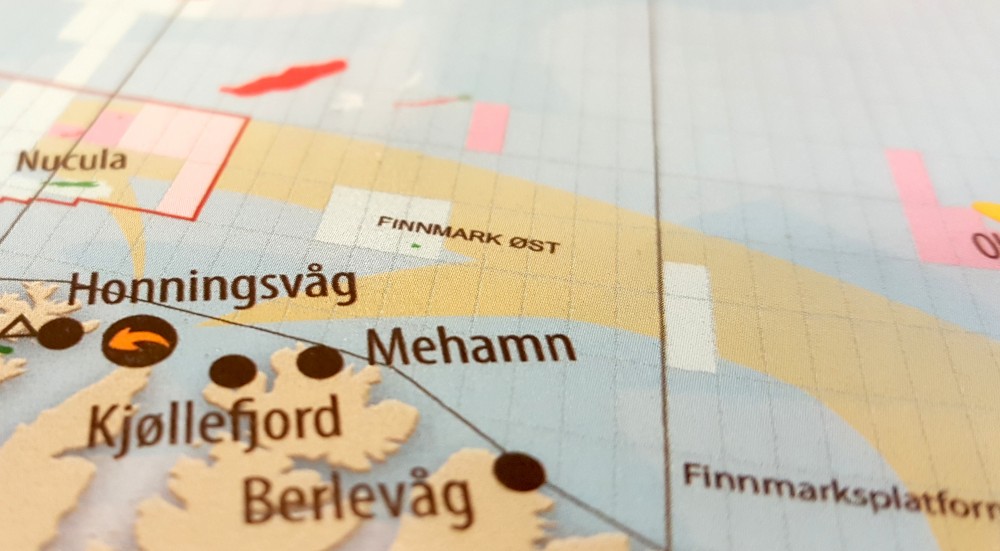 The dry well is located 85 kilometres north-east of Berlevåg. Map by Storvik & Co

No oil discovery at well drilled mid-winter in Norwegian sector of the Barents Sea.
By

The Swedish oil company Lundin Petroleum says its subsidiary in Norway drilled into a reservoir poorer than expected.

Production licence 708 is located outside the coast of Finnmark, some 85 kilometres north-east of Berlevåg, in the eastern sector of Norway’s Barents Sea. The drilling was made with the platform “Transocean Arctic” served by helicopters from Kirkenes airport.

“Sampling encountered only water with no indications of movable hydrocarbons,” writes Lundin in a press-release describing the disappointing main target drilling at the Røye formation exploration well.

Lundin Norway is operator of the licence with a 40 percent share, while Russia’s private own LUKoil Overseas North Shelf has a 20 percent share. So has Edison Norge. Lime Petroleum Norway and North Energy hold a 10 percent share each.

The drilling continued to two other targets, the Ørn formation said to contain “minor hydrocarbons shows and poor reservoir characteristics” – while the Soldogg formation contained “an uncommercial 5 metre gas column.”

Describing the discovery from the drillings, Norwegian Petroleum Directorate says “indications are that it is too small to be commercial.”

At a sea depth of 288 metres, the well will now be permanently plugged and abandoned.

In addition to its partnership with Lundin, LUKoil has a 30 percent share in production license 719 in the western part of the Barents Sea. Here, the British petroleum company Centrica is operator.

LUKoil established its office in Norway in 2012.

Last November, Norway’s Statoil said the company’s next drilling in the Barents Sea will at earliest be when receiving new acreage in the upcoming licensing round. That means no earlier than 2017.

After a disappointing Barents Sea test-drilling season in 2014, combined with a plunge in oil prices, offshore Arctic drilling is not highest on the agenda for Statoil. In 2015, Statoil did not drill any wells in the Barents Sea.