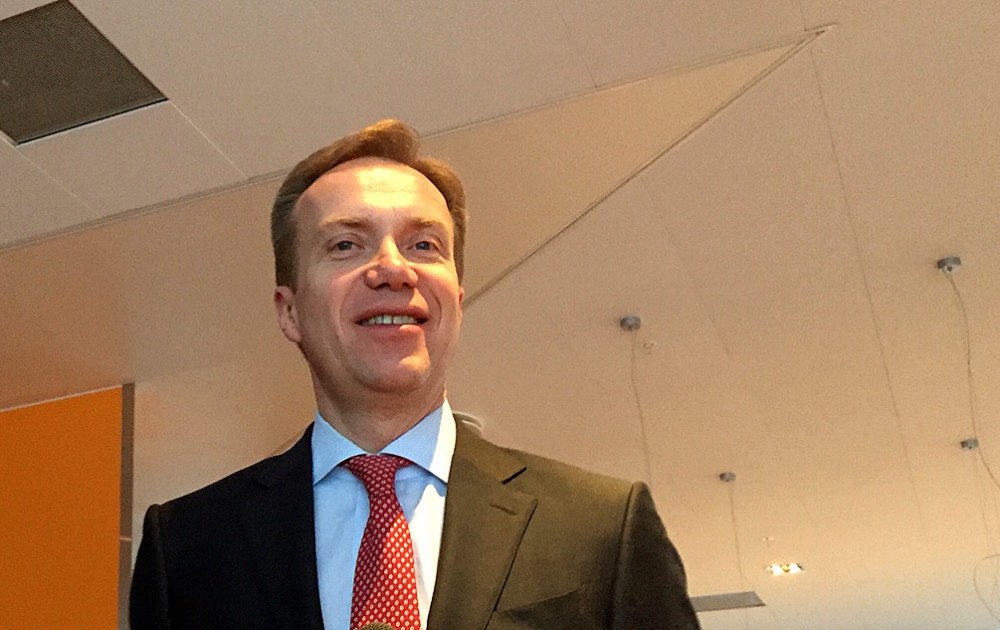 We disagree about Ukraine, but agree about the need for good cross-border neighborly relations, Foreign Minister Børge Brende says as he visits Kirkenes, the Norwegian border town.
By

The tone was soft and the message receptive when Norwegian Foreign Minister Børge Brende spoke about relations with Russia in today’s Kirkenes Conference. In front of an audience of regional businesses and government sector representatives, Brende underlined his commitment to continued cooperation with the big nearby neighbor.

Positions over Ukraine diverge, but our interest in good neighborly relations in the north remains unchanged, Brende underlined.

«International law will always be our first-line defence, and here we will not retreat. But one issue is clear: we want a  good neighborly relationship with Russia».

The message of the minister stands in contrast to his speech in the same conference last year. Then, Brende with strong words criticized Russia’s annexation of the Crimea and the incursions into other parts of eastern Ukraine.

A quick and no less harsh response followed by Murmansk Governor Marina Kovtun, who underlined that «Russia has not taken anything which does not belong to Russia», and that Norway and the rest of Europe should better understand the way «Fascism spreads in Ukraine”.