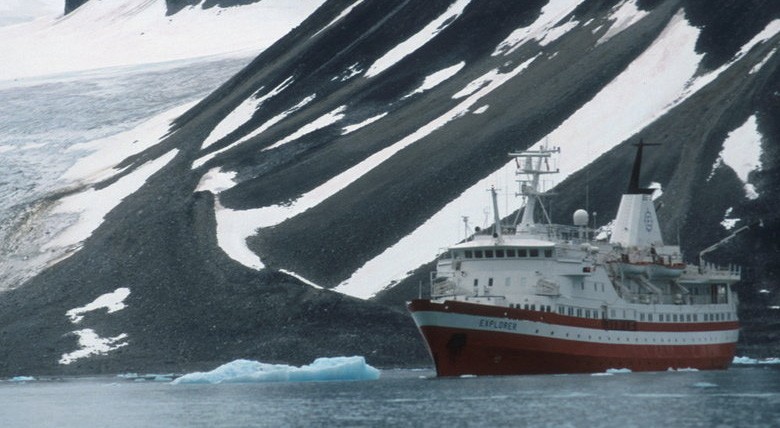 Speaking in this week’s Kirkenes Conference, the top official from Murmansk repeated his region’s stress on tourism development and presented cruise sailing in Russian Arctic waters as a regional priority.

Among the planned cruise destinations is the Novaya Zemlya, Tyukavin said, and showed to the conference audience a map of a route connection from Murmansk to Franz Josef Land, Novaya Zemlya, Solovki and Arkhangelsk.

Tyukavin also said that there is a dialogue with Norwegian company Hurtigruten about tourism sailing in the region.

Novaya Zemlya is closed military and a strict regime of entry permissions is applied. The archipelago consists of two major islands, separated by the narrow Matochkin Strait, and a number of smaller islands. The archipelago was the main Soviet test site for nuclear explosives and is today still used for experimental testing. As previously reported, the latest military unit stationed on the islands is a fully-fledged missile-powered regiment.

About 2500 people reside in the archipelago, which is formally a part of Arkhangelsk Oblast.