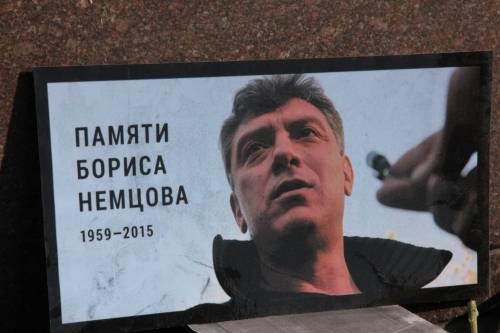 Local authorities say «no» to a public commemoration of the politician shot dead in 2015.
By

The local branch of political party PARNAS wanted to organize a rally to the memory of the popular party leader on 27th February, the day of his killing in 2015, but got its application rejected by local authorities.

The rally was to take place by the Solovki memorial, the local monument erected for victims of Soviet political oppression, newspaper bclass.ru reports.

«We wanted to draw public attention to the unprecedented impudent and cynical murder of a state and public figure of modern Russia, and also express our protest against political repression», representatives of the party say.

In a comment on Facebook, local party leader Yuri Shcherbachev says local authorities have turned down the application arguing that «there is no political repression in the country and that there consequently should be no protests against such».

«I first thought they were bluffing», Shcherbachev says.

The experienced liberal politcian and co-chairman of PARNAS was shot dead in downtown Moscow on 27th February 2015. Several suspects have been implicated in the assassination, all of which are Chechens. The alleged shooter is a former officer in the security force of Chechen leader Ramzan Kadyrov