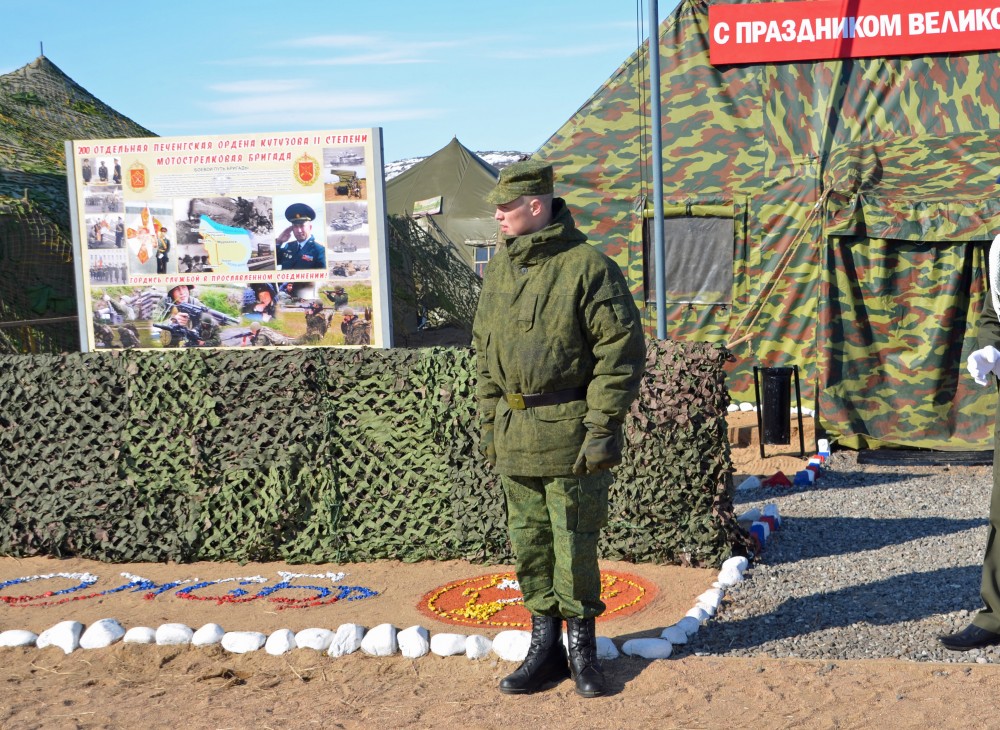 200th Independent Rifle Brigade is based in the Pechenga valley close to Norway. Illustration photo from May 9th celebrations in the Litsa valley. Photo: Trude Pettersen

One of them is said to be the Commander of the 200th Independent Motor Rifle Brigade in Pechenga.
By

Ukrainian intelligence has discovered the location and place of employment of three Russian generals who fought in the Luhansk region, several Ukrainian media report.

The three generals allegedly took part in Russia’s armed aggression against Ukraine in 2014-2015 while holding commanding positions in the 2nd Army Corps (City of Luhansk) of the Russian Armed Forces.

One of the three generals the Ukraine intelligence has identified is Major General Oleg Tsekov, who was commander of the 2nd Independent Motor Rifle Brigade in Luhansk from the end of 2014 until spring 2015, Novoye Vremya writes. He later returned to the position as commander of the 200th Independent Motor Rifle Brigade in Pechenga on the border to Norway. The brigade is part of Russia’s Northern Fleet’s ground forces. Tsekov was promoted to Major General in February 2015, news agency UNIAN reports.

The two other generals being accused of taking part in the fighting in Ukraine, are both stationed in St. Petersburg.

According to the Ukrainian newspaper Fakty, the Ukrainian military intelligence plans to hand over information about the three generals to the International Court of Justice in Haag. The intelligence service often hands over to the EU and NATO information about Russian military personnel suspected of committing war crimes in Ukraine, so that the sanctions list can be expanded, Fakty writes.

In December 2015 a blogger on the LiveJournal network published several photos allegedly showing soldiers and vehicles from Pechenga taking part in battles in Eastern Ukraine.

In September 2014 media in the Murmansk region reported that soldiers killed in fights on the border to Ukraine had been brought to their military units in Pechenga.