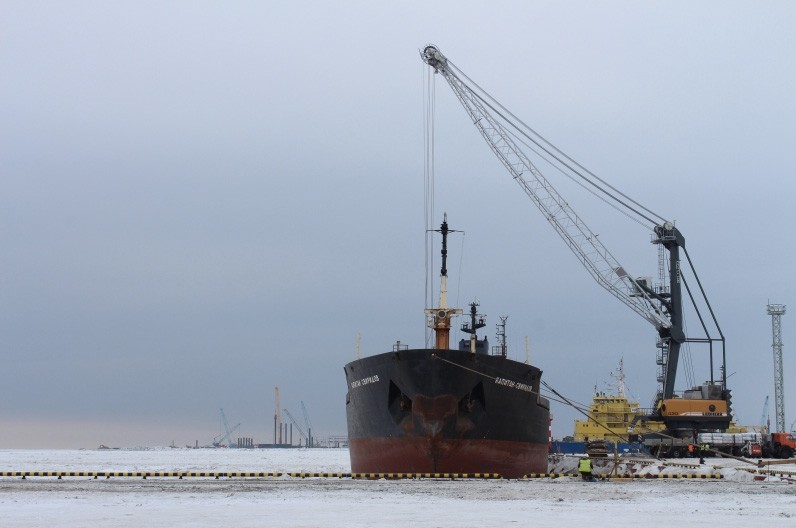 I do not have any doubt that the port will be ready by November 2017, leader of Russia’s Sea and River Agency says.
By

During his recent visit to Yamal, agency leader Viktor Olersky left no doubt about progress in the grand Arctic infrastructure project. On several parameters, the construction is even ahead of plans, Olersky said, a press release from his agency reads.

Having seen all the production facilities, he did not have any concern about them being ready for production start-up in November 2017, the Agency informs.

Sabetta will be capable of handling up 30 million tons of goods per year. The Russian government has invested heavily in the Yamal project. More than 47 billion rubles of state money has been invested the Sabetta port and adjacent infrastructure. The project infrastructure also includes the development of a 50 km long sea channel stretching into the peninsula.

In a recent meeting with President Vladimir Putin, Novatek leader Mikhelson, said that as much as three million tons of construction materials were delivered to the project site in the course of 2015.

The Yamal LNG plant is to deliver a total of 16,5 million ton of liquid gas per year. That will be shipped out from the Sabetta and from there to the world markets both westwards and eastwards along the Northern Sea Route.