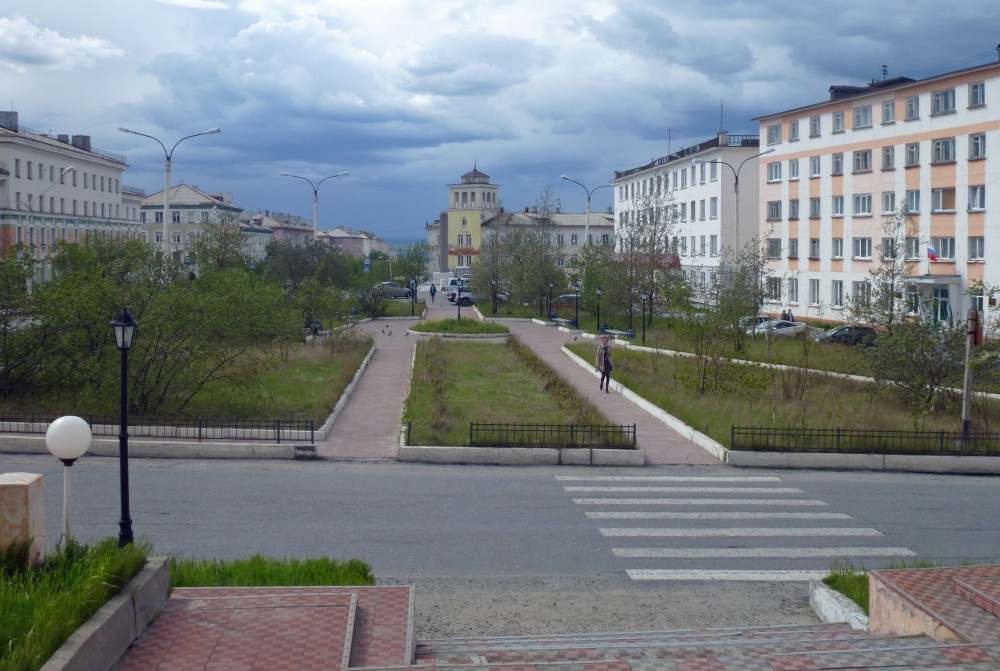 Spring came early this year in the town Nikel on the border to Norway. Photo: Trude Pettersen

On the Kola Peninsula, the spring of 2016 was the warmest since 1936, with an average temperature of 4.1°C above normal in April and May.
By

The weather in May was more like it normally is in June, the Murmansk-based online newspaper SeverPost writes.

When it comes to Russia as a whole, the overall average temperature in the months of March, April and May was the third highest since 1891. Only 2014 and 2011 were warmer the Hydrometeorological Centre of Russia reports.

Average temperatures in Russian Arctic regions, especially in the western parts like Novaya Zemlya and islands in the Barents Sea and Kara Sea, were 4-8°C above normal.

As Barents Observer reported, spring started considerably earlier this year all over the Barents region, following a winter with significant higher temperatures than normal. For example was the average temperature in Kirkenes on Norway’s Barents Sea coast more than 5°C over the norm in May.

This is also more than half a million square kilometers smaller than in May 2012, the year that had the lowest ever September extent in the satellite record.

In the White Sea, the ice disappeared 10-20 earlier than normal, and in the Barents Sea, the ice cover was below the norm by 40% in the month of May. All along the western and central parts of the Northern Sea Route, the ice was thinner than usual – some places more than half a meter thinner than the norm, the Hydrometeorological Centre writes.