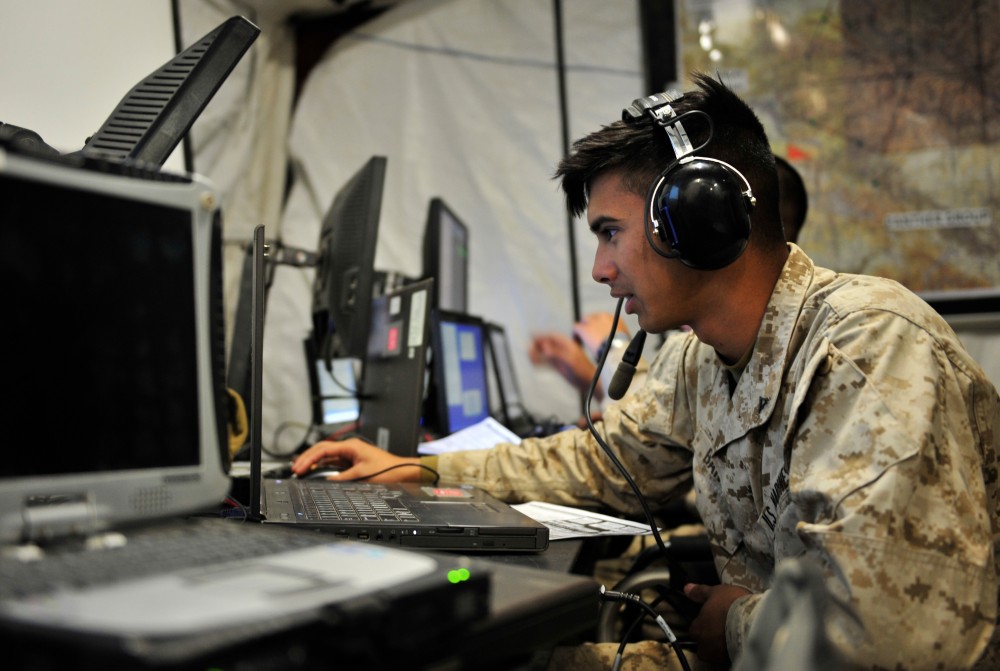 A group of strategic Air Force radar facilities along Alaska’s North Slope are at an accelerated risk of degradation.

Erosion driven by climate change is happening decades sooner than the military predicted, and the plan now is to spend tens of millions of dollars to fortify in place.

The 15 sites within the Long Range Radar program are designed to spot foreign aircraft heading into U.S. airspace, or civilian planes that have gone off course.

It is an expensive state of preparedness to maintain, with billions of taxpayer dollars sunk into the equipment and infrastructure.

“That $7.1 billion dollars is the overall portfolio, so those are just government-owned assets,” said Colonel Frank Flores, who oversees the Long Range Radar sites in Alaska, along with several other similar sites in the Pacific that all feed signals back to Joint-Base Elmendorf-Richardson.

Wear & tear of Arctic environment
The $7.1 billion figure doesn’t include the contract with a private company to staff and take care of the facilities, worth $345 million over the next 10 years.

“That’s primarily the cost to operate the sites,” Flores explained in his office at JBER.  “What it doesn’t include are the additional costs to maintain, to support infrastructure, additional projects that might come up because of the wear and tear of the Arctic environment.”

Those costs are rising for sites in the North Slope, because coastal erosion is encroaching on the airstrips, roads, and residential structures that support the actual radar equipment.

“For example, at the Oliktok Long Range Radar Site we anticipated that erosion was going to be at a certain point in 2040, but we’re already, as of about a year and a half ago, at that point today,” Flores said. “So it’s happening at a quicker rate than we anticipated.”

Work already underway
At Oliktok, midway between Prudhoe Bay and Nuiqsut, the erosion mitigation work has to happen within the next three years, according to Flores.

Along the Chukchi coast, spending to fortify the radar site north of Point Hope is already underway.

“At the Cape Lisburne Long range Radar Site we’ve seen a significant amount of erosion because the sea ice isn’t coming in as soon as it used to, and it’s not staying as long as it used to,” Flores said.

The site’s runway is around 25 meters from the coast.

“It’s the only place we can put a runway out of the site, and we’re having to execute a $47 million  project to protect that runway and keep that radar site viable,” Flores said.

Though there’s no immediate threat to sites near Kaktovik and Barrow, the Air Force has observed land erosion there, as well.

Less than a decade ago, the Pentagon closed three early warning radar sites on the North Slope due in part to erosion problems.

Though Flores says radar sites further below Alaska’s Arctic don’t have any imminent threats, it remains to be seen whether they’ll soon be dealing with the same hazards to basic infrastructure faced by many of the communities in western Alaska, caused by diminishing permafrost and less predictable weather systems.

Will spending and strategic planning be able to keep up?
It’s not just the Alaska sites seeing new problems related to climate. 3,500 miles south of Anchorage, the Air Force site at Wake Island in the Pacific under Flores’s command is seeing irregular wave activity flood parts of the island, prompting the military to study what would happen if a major tidal event happens.

The Pentagon is aware that climate change is putting many of its strategic assets under threat. A 2014 report by the Government Accountability Office looked at where the Department of Defense faced the greatest hazards adapting to changing environmental conditions, explicitly mentioning Alaska’s radar sites repeatedly. The report concluded that more coordination was necessary among DOD and its partners.

There are no plans to close sites down. Flores says they’re a vital asset the Pentagon plans on maintaining in perpetuity.

“The long range radar sites in Alaska allow us to maintain national sovereignty for the air,” he said. The radars allow military officials to see when military or civilian craft are transiting airspace, and find out why.

But with environmental changes rapidly outpacing predictions, it’s unclear how and if spending and strategic planning will be able to keep up.