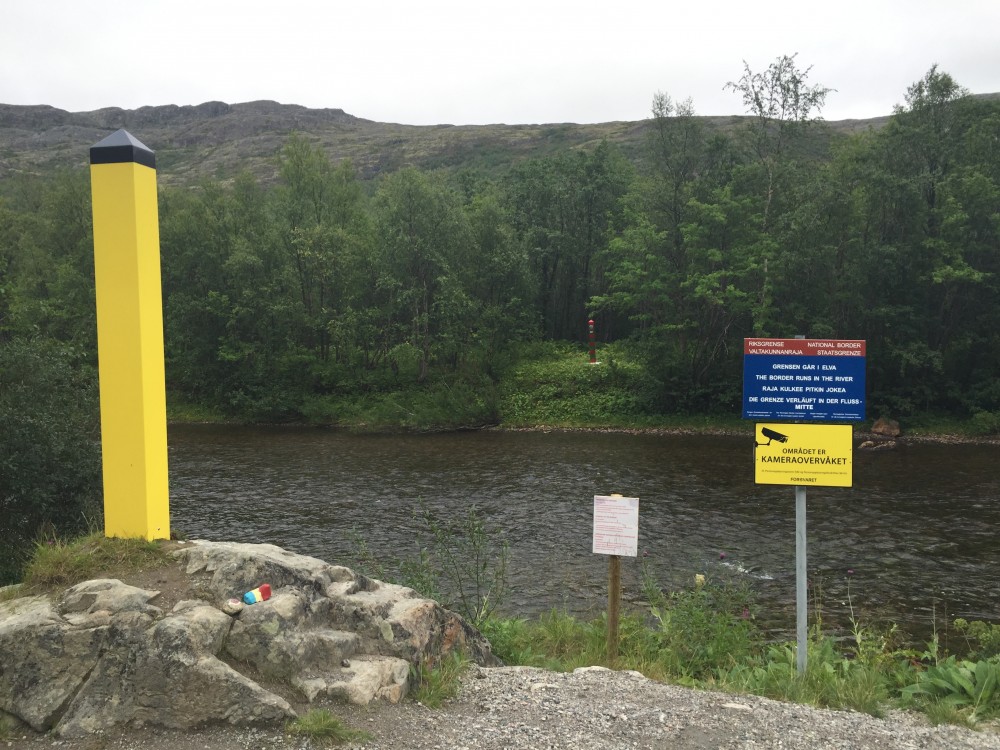 It was Sunday evening that the military border guards discovered that some individuals were throwing small stones across the narrow creek that forms Europe’s northernmost land border. The creek, Grense Jakobselv, is only some 3-4 meters wide at the narrowest.

In the middle of nowhere, but still illegal. The location the four people, all Norwegian citizens, were detained is a one hour drive from Kirkenes, the nearest town on the Norwegian side of the border. On the Russian side, an area of several kilometers where no civilians have access is sealed off by FSB border guards.

It is the Police in Finnmark that reports about the stone-throwers in a tweet. In a follow-up tweet, the police can inform that two of the four people detained have admitted cross-border stone throwing.

Norway’s border to Russia is likely the most peaceful border of all Russia’s external borders. Unchanged since agreed in 1826, the border is also a sign of peace; Norway is the only neighbor that Russia has not been at war with.

Norway even has a dedicated law from 1950 stipulating what citizens can do - and not do - in the near border areas. In §3, the law reads that no «offensive behavior along the border aimed at the neighboring state, or its authorities, are allowed.» Violations of this law can be punished with fines or jail up to 3 months.

Grense Jakobselv is a popular destination for both locals and tourists. The narrow road goes at some places only a few metres, or a stone-throw, in distance from the actual borderline. Signs along the road clearly tells visitors how to behave.

The 196 kilometers long land border with Russia is on the Norwegian side guarded by military border guards under the jurisdiction of the police. The border is the only of Schengen’s external borders that have military personell guarding and policing.

The stone-throwers have already made headlines in Russia, with LifeNews reporting about the offenders Monday morning with reference to Norway’s state broadcaster NRK. Also Rossiyskaya Gazeta, TASS, Gazeta and other national media make similar reports.