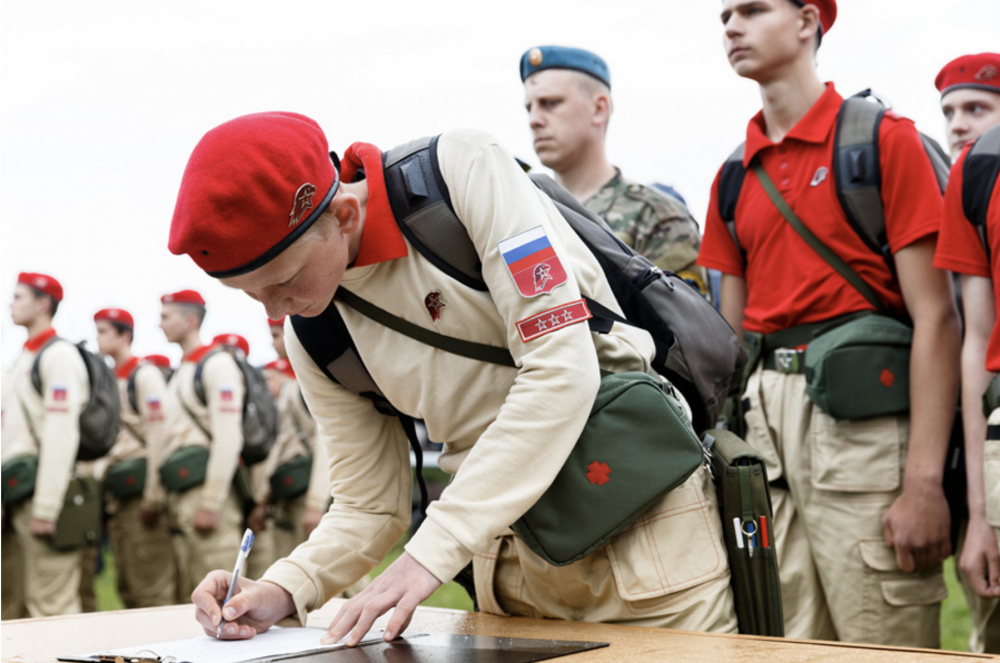 In a ceremony headed by Northern Fleet Commander Nikolay Yevmenov, a group of 37 youngsters from Severomorsk formally establishes the first Yunarmiya unit in the Russian North.
By

The kids formally presented their oath to Yevmenov in a ceremony on board the aircraft carrier «Admiral Kuznetsov», whereupon the vice-admiral handed over a flag with the Yunarmiya inscription, the Russian Armed Forces inform in a press release.

The kids all study in a sport school in Severomorsk. They are the first regional members of Russia’s new military youth movement, the Yunarmiya.

«We hope that the Yunarmiya movement in Murmansk will grow, get strong and attract active and energetic young northerners», Babenko underlined in a speech delivered in the ceremony. According to Babenko,  the Murmansk region has a long tradition in military-patriotic upbringing of young people. From before, there are 12 clubs for patriotic youth and 69 cadet classes in schools, the regional government informs.

The Yunarmiya movement was formally established in May 2016 by Russian Minister of Defense Sergey Shoigu with support from President Putin. It is «an all-Russian military-patriotic movement, which is to help trigger young people’s interest in geography and the history of Russia and its nationalities, its heroes, excellent researchers and military leaders», the Ministry of Defense informs.

Yunarmiya has its own pages on the website of the Russian Armed Forces.