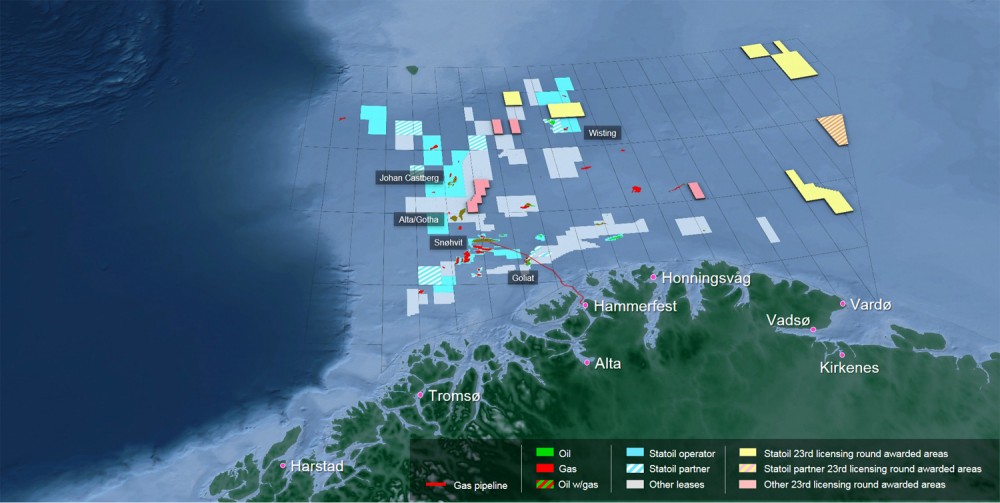 “Exploration on the Norwegian Continental Shelf, needed and necessary – a Barents Sea deep dive,” was the title when Statoil on Tuesday announced its active drilling program at ONS, Norway’s largest oil conference- and exhibition taking place in Stavanger.

The Barents Sea campaign next year will include five to seven drillings.

Over the last few months, Statoil has increased its share in five licenses in the Norwegian sector of the Barents Sea. Agreements are signed with companies like ConocoPhillips, OMW, DEA and Point Resources.

Drillings will take place at different locations, including a new test-well at Goliat, where Statoil partners with ENI Norge at the only oil-field in production in the Norwegian sector of the Barents Sea. Another drilling for 2017 will take place at the Korpfjell formation near Norway’s maritime border to Russia.

The Korpfjell formation will be one of the northernmost drillings ever made in Norwegian Arctic waters.

Statoil writes in a press-note that new and significant discoveries are crucial in order to maintain production on the Norwegian continental shelf at the current level until 2030 and after that. Areas off the coast of northern Norway will play a pivotal role in achieving this objective.

Statoil underlines that all planned drillings depend on permissions from the authorities.