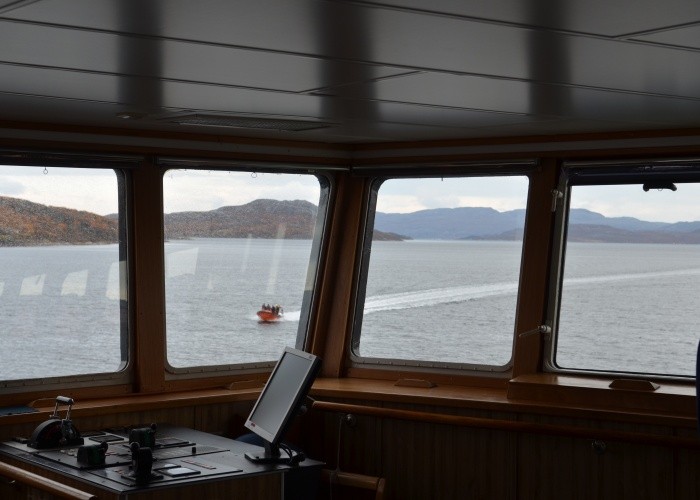 But it might have to be with representatives of the Russian Ministry of Defense on board.
Read in Russian | Читать по-русски
By

The agreement reached last week by the Joint Norwegian-Russian Fishery Commission will allow Norwegian marine researchers to resume their expeditions in Russian waters. That is well perceived by the Norwegian Marine Research Institute.
«We understand the agreement in the Fishery Commission as a positive signal and now hope Russian authorities will approve a new application», Research Director Geir Huse says.
The access of Norwegian researchers to Russian waters was one on the key points addressed by the Norwegian side in the Commission negotiations. The country’s marine researchers were rejected entry to the Russian side last winter and troubles have been looming also for the 2017 winter expedition.
Cross-border marine research are due to resume as before. However, the next Norwegian expedition into Russian waters might still slightly differ from previous missions.
The Commission meeting protocol states that the Russian side will allow Norwegian research expeditions only «under the precondition that a representative of the country’s Ministry of Defence is on board the Norwegian vessels». The ministry representative will have «the power to control the coherence of the actual operations of the research mission including a full and trustworthy list of equipment with the applied purpose», the document reads.
That condition will be handled by the Norwegian side, Research Director Geir Huse confirms.
«We have no objections to putting observers onboard our research vessels», he says to the Barents Observer. «Having an observer on board will have no impact on the execution of our surveys».
The bilateral fishery cooperation between Norway and Russia has for forty years successfully helped regulated stocks and fishing in the Barents Sea and allowed both countries’ researchers to engage in cross-border marine research.
«It is important Norwegian marine research vessels are allowed to collect physical and biological data from both the Norwegian and Russian zone», Geir Huse says in a press release. «Russian researchers have the same needs for data assembly in both countries’ economic zones».