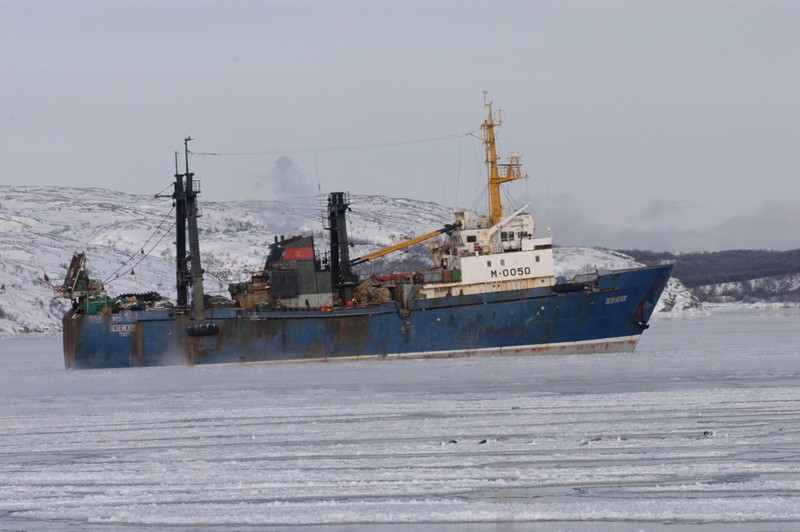 More than a year ago, five Arctic nations signed a declaration pledging to keep their fishing fleets out of the international waters in the Arctic Ocean, an area increasingly ripe for exploitation as summer sea ice diminishes — and perhaps increasingly vulnerable with so little known about its ecology.
Read in Russian | Читать по-русски
By

Now a group of diplomats is still trying to hammer out a binding agreement to protect waters of the central Arctic Ocean. The effort has expanded to nine nations and the European Union.

A meeting last week in the Faroe Islands, about halfway between Iceland and Norway, failed to produce the deal that some had expected to be in place by now, well before any commercial fishing vessels head north into international Arctic waters. Another session will be held early next year, probably in Iceland.

All parties are sticking by the goal of protecting the Arctic Ocean, said the U.S. State Department official who is managing the negotiations.

“All delegations reaffirmed their commitment to prevent unregulated commercial high-seas fishing in the central Arctic Ocean as well as a commitment to promote the conservation and sustainable use of living marine resources and to safeguard healthy marine ecosystems in the central Arctic Ocean,” Deputy Assistant Secretary of State David Balton said in a “chairman’s statement” that was released at the end of the session.

There was “good progress in resolving differences of view on a number of the main issues under discussion,” Balton’s diplomatic statement said, and there is reason to believe that a binding agreement will be produced soon. “There was a general belief that these discussions have the possibility of concluding successfully in the near future,” his statement said.

But one Alaskan who attended the session, David Benton, a U.S. Arctic Research Commission member, expressed concern about how much still needed to be done.

“There are still some remaining fairly big-ticket issues on the table,” Benton said in a telephone interview from the Faroe Islands.

He did not specify those remaining sticking points, but he cited wording in Balton’s official statement that referred to unresolved questions about exploratory fishing, the procedures for setting up one or more Arctic fishery management systems and procedures for future decision-making.

Scott Highleyman, international Arctic director for the Pew Charitable Trusts, said the outstanding issues cited by Balton are “the heart” of any possible agreement.

“Until they are resolved, it’s impossible to know if nations will seize the opportunity to truly protect the Arctic Ocean and the coastal residents who rely upon its resources and foster cooperative scientific research to learn more about this new ocean emerging out of the ice before industrial activity takes place,” Highleyman, who is a member of the U.S. delegation at the negotiations, said in an email.

Benton, a veteran fisheries manager in Alaska, said the goal of the Arctic fisheries agreement is to avoid a disaster previously experienced in his home state.

“What we did not want to happen was a repeat of what happened in the Bering Sea in the 1980s,” Benton said. Back then, while the U.S. was managing fishery stocks in U.S. territory and the Soviet Union was doing the same in its own, a “doughnut hole” of international waters in between was left open to unregulated, free-for-all harvests in which other nations’ fleets “fished the hell” out of the pollock there, he said.

The result? “One of the biggest fishery collapses in the world,” he said.

Benton represented the state of Alaska in negotiations that produced a six-nation deal to close the 50,000-square-mile Bering Sea doughnut hole to fishing. But by then, much damage had been done.

Preventing such fishing in the international waters of the Arctic Ocean, where a 1.1-million-square-mile doughnut hole dwarfs the one in the Bering Sea, will head off such damages, he said.

“The beauty of it is, for once in the history of the world we’re going to get ahead of the game before fishing starts and there are potential problems,” he said.

Securing a binding agreement to prevent commercial fishing in international Arctic waters would protect Alaska, including Arctic villagers who depend on the sea for their food and culture, Benton said. The U.S. government, through the North Pacific Fishery Management Council, has already banned commercial fishing in federal Arctic waters, but that ban would be undermined if fishing vessels flock to areas just outside of the 200-nautical-mile U.S. exclusive economic zone, he said.

Just which fish species would be targeted by fleets harvesting Arctic waters is yet unknown, Benton said. Arctic cod, a keystone species for the marine system, might be a target, but right now very little is known about the central Arctic Ocean ecosystem, including the types of fish dwelling there, and the time to get the international-waters ban in place might be limited, he said.

“I would say there’s nobody hammering at the door. But things are changing fast, and changing faster than anybody or the climate models predicted,” he said.

The Faroe Islands meeting was the fourth in a series of negotiations that started last year. The first two negotiating meetings were held in Washington, D.C. The third was held this summer in Iqaluit in the Canadian territory of Nunavut.