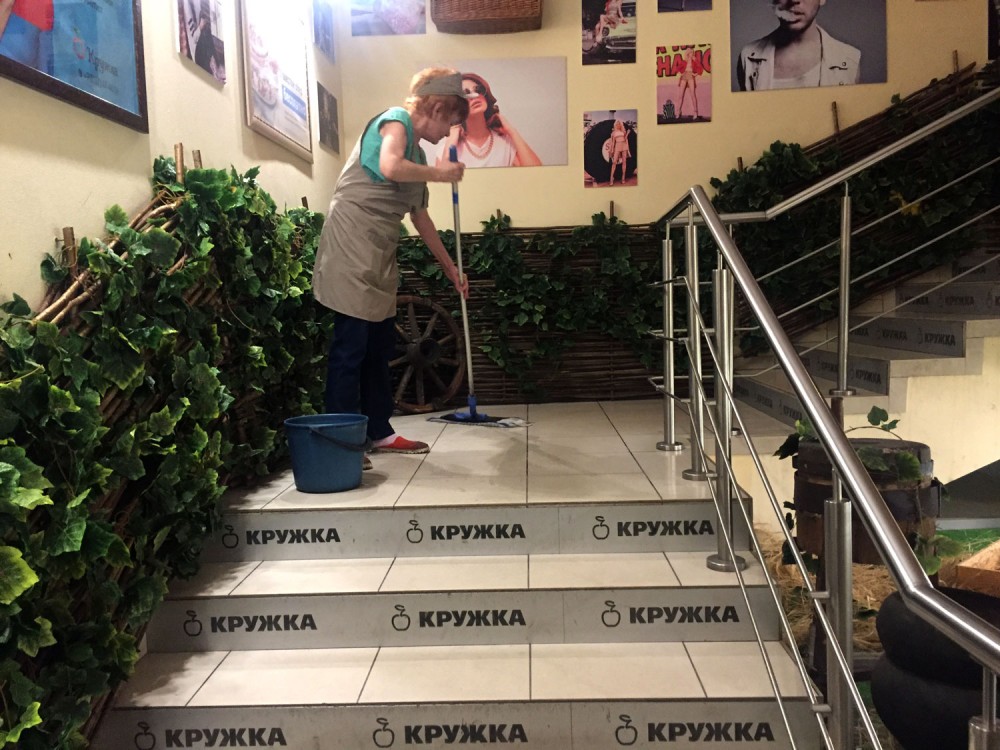 A mess might be imminent at the "Kruzhka". Photo: Atle Staalesen

FSB agents say they have revealed a “well-known” tax evasion scheme in the restaurant empire of Valery Archinov.
By

During the night, documents were seized in the offices of the EuroLine company, the management company overseeing the restaurants Terrace, Gray Goose, Kruzhka, White Rabbit, Tundra and Tsarskaya Okhota, as well as the Restaurant Syndicate and Kiprej companies, which are production link companies connected to the Kruzhka pub chain, which has over 20 restaurants in various locations Russia, Ukraine and Belarus.

According to the FSB, the seized documents showed evidence of “gray” (secondary) cash registers and stated that these are evidence of typical tax evasion schemes and that this situation has probably been going on for more than a year.  They added that the ploy was not sufficient to avoid the attention of law enforcement agencies or the tax service.

The reason for the search, according the FSB, is that the find was a part of an ongoing investigation into organized crime activities connected to the 17-year-old restaurant chain.

In response however, Valery Archinov provided a very detailed comment [on Bloger51.ru] regarding the situation.

According to Archimov, “the operation of the chain is absolutely legal and does not contradict the legislation of the Russian Federation in any way”.

“The network does not have gray schemes, we simply do not need them. [….] And after paying taxes, and according to contractual relations between legal entities, the Kruzhka chain is free to use available funds for the development, modernization and renovation of existing restaurants and for opening new catering establishments. And in addition to everything else, the company and its more than 20 restaurants have a total credit debt to banks in the amount of only 230 million rubles, a little less than $4 million.”