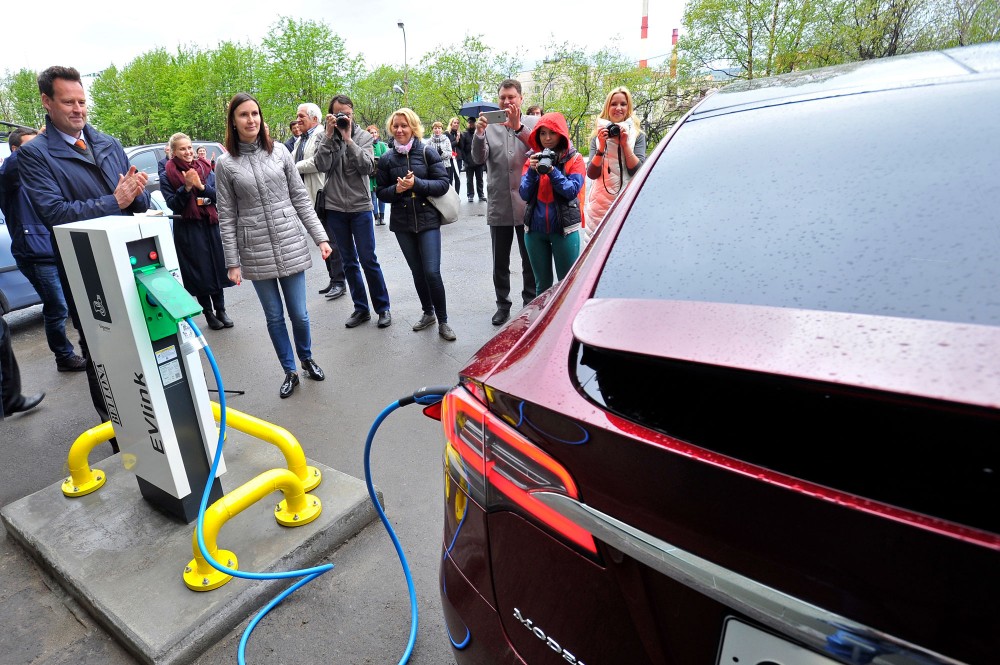 «It is a gift to the Arctic city in connection with Russia’s Year of the Environment», says leader of the Norwegian environmental NGO.
Read in Russian | Читать по-русски
By

The charging station can take on two electric or hybrid cars at once at no cost. It is the first installation of its kind in all of northern Russia.

«This is a milestone, it will make it easier for car owners in Murmansk to move over to electric cars», says Bellona General Director Nils Bøhmer.

«Infrastructure such as charging station are of key importance to motive more local car owners to choose environmental solutions», he adds in a press release.

Bellona has over many years promoted environmentally friendly energy solutions and electric cars in both Norway and Russia.

Already in 1992, the non-governmental organization brought a first electric car to Murmansk on its ship. It was a stunt, and hundreds of locals came down to the port to have a look at the vehicle.

Later, in mid-winter 2014, the organization took a Tesla S from Kirkenes, the Norwegian border town, to Murmansk. The drive is 250 km and the batteries were only half-empty when the car arrived to destination. Back then, the car was recharged with an extension cord taken out of a window from a 220V outlet inside the hotel.

For Nils Bøhmer, Bellona’s general director, the charger is a gift to Murmansk for Russia’s Year of the Environment.

«For us at Bellona it is important that this year produces concrete results, and not just occasions to talk about environmental challenges,» said Nils Bøhmer during the opening ceremony at the Park Inn.

While Norway is world-leader on electric cars, Russia is seriously lagging behind. However, regional authorities say they want Murmansk to be part of the development.

«I believe that we over the next five years all over the world and also in Russia will see a revolutionary price reduction on electric cars», said Yevgeny Nikora, Murmansk Deputy Governor with responsibility for the energy sector.

«This charging station is so far the first of its kind, but Murmansk is a city which over its more than 100 years history has been a pioneer in many regards», he underlined in a press release.

And there is at least already one electric car on the streets of the Russian Arctic city, a brand new Tesla X. The owner let Bellona use it in connection with the opening of the station.