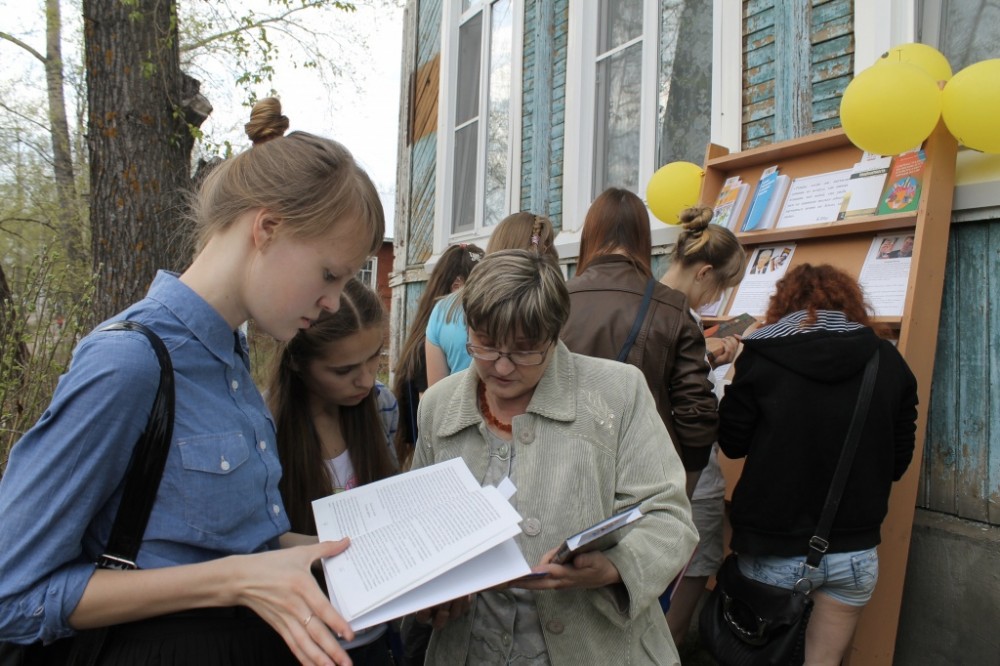 Employees of libraries in Arkhangelsk have reportedly been ordered to remove all books marked by the seal of the Soros Foundation from their shelves.
By

Representative of the Institute of Russian Literature Alexey Balakin reported about the case on his Facebook account, citing the testimony of local librarians.

«As explained to the librarians, the books were all published by the «foreign agent», Soros Foundation, which is banned in Russia, and therefore are subject to … guess what? It is clear that Soros didn’t publish them, and at the turn of the century the Open Society Institute purchased the best books of the best publishing houses and sent them to libraries, putting a seal on the title pages. Now all the books with such seal and their bibliographic cards were ordered to be removed from the reader’s circulation,» Balakin writes.

«The local prosecutor’s office must verify the execution of the order: according to rumors, librarians who have shown short-sightedness and who left the books with the ‘devil seal’ were already judged in Severodvinsk.»

Journalists of [online newspaper] Meduza received the actual confirmation of the existence of such an order «from above». According to their information, regional authorities (ministries of culture and education) deny any involvement in the seizure of books.

Books of Pushkin, Dostoevsky, Chukovsky, Prishvin, Solzhenitsyn, Astafiev and many other authors, books of the series ‘The Life of Remarkable People’ and ‘My 20th Century’, children’s encyclopedia and philosophical works were banned.

Scandals associated with literature purchased with the Soros Foundation’s «Open Society» funds occurred in Komi Republic in early 2016. Staff of the library of the Vorkuta Mining and Economic burnt 53 copies of the educational literature with the seal of the Fund. Ministry of Education of Komi claimed that there was no «burning», there was only a «request» for writing off a certain list of books from the library funds. Subsequently, all the blame was laid on the staff of the Vorkuta College, which allegedly did not burn the literature, but for some reason preferred to report this way on their actions in the internal technical correspondence with the department.