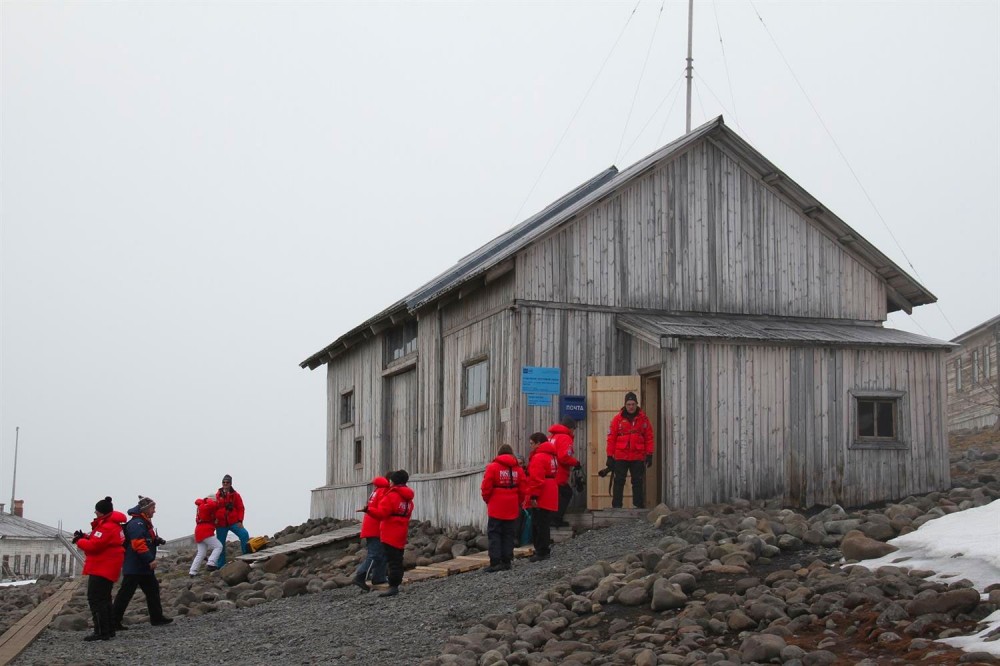 The abandoned polar station at the Hooker Island will be turned into a facility for visiting tourists.
Read in Russian | Читать по-русски
By

As Arctic tourism hikes, there is a growing need for service facilities, representatives of the Arctic National Park argue. They are now starting to develop a new so-called visit center on site. It will be situated in an existing building on site from 1954 and include an interactive exhibition. The opening date is set to 2019.

«The need for this visit center has increased as groups of about 110 people at a time disembark on site», says Natalia Butorina from Eco Center Zapovedniki, a Moscow-based entity commissioned with the development of the facility.

«The period of disembarkation is limited and the local heritage on site is very rich», she underlines in a press release from the Arctic National Park.

«The high walls [in the building] give space for creativity, we want to more vividly show the 100-year history of this place, its nature specifics, and tell about life of the Soviet polar heroes — about which the tourists know practically nothing».

The number of tourists to Hooker Island is this year expected to exceed 1,000 people.

Hooker Island is located in the central part of archipelago Franz Josef Land and is named after British botanic and explorer Joseph Dalton Hooker. The polar station on site was established in the late 1920s  and was operated until 1959. It was one of the biggest and most advanced Soviet polar stations in the period.