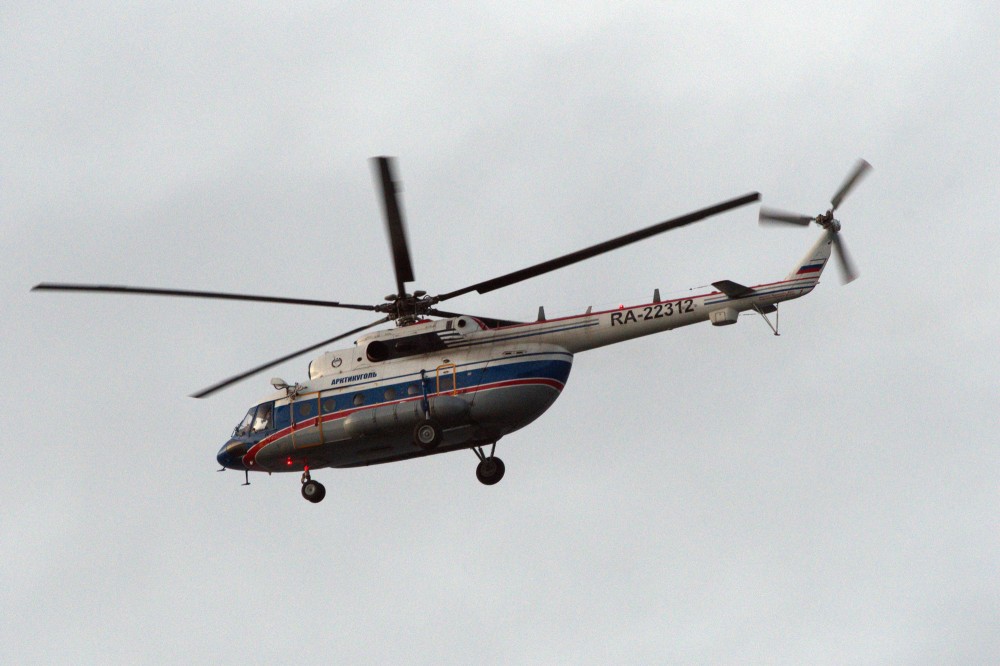 It fell into the sea off the coast of Barentsburg, Svalbard, with eight people on board.
Read in Russian | Читать по-русски
By

According to the Joint Rescue Coordination Centre of Northern Norway (JRCC), the helicopter was on its way from Pyramiden, an abandoned Russian mining settlement on the archipelago, to Barentsburg when it fell into the sea.

The site of accident is located 2-3 km off the coast of Barentsburg, the JRCC informs in a tweet. There were eight people in board. The helicopter was reported missing at 15.35 Norwegian time.

JRCC in Bodø on the Norwegian mainland coordinates the rescue operation.

Russia’s Ministry of Emergency Situations (EMERCOM) informs at 20.00 Moscow time that a Russian rescue team are “in the readiness for departure.” The team is equipped with UAVs, sonar and a drone. The team with the equipment will fly to Svalbard with one of EMERCOM’s aircrafts.

The helicopter was operated by Convers Avia, but belongs to Trust Arktiugol, the Russian company doing coal mining on the archipelago. Russian military TV Zvezda reports that three of the eight on board are passengers and five are crew members. Interfax reports that all eight missing are Russian citizens. The passengers were employees of Russia’s Arctic and Antarctic Research Institute.

In addition to mining, Trust Arktiugol in Barentsburg has over the last years increasingly engaged also in tourism activities. There is also a growing research community in Barentsburg, the Russian-dominated settlement in the area. About 570 people currently live in Barentsburg.

The helicopter is reportedly a Mi-8, the most commonly Russian manufactured twin-turbine helicopter, introduced in 1967. More than 17,000 are built and the model is still in production.

The distance from Pyramiden to the helicopter landing site north of Barentsburg is 78 kilometres. Pyramiden is located northeast of Longyearbyen.

Norway’s Joint Rescue Coordination Centre in Bodø informs that two helicopters participate in the search- and rescue operation. Also, the vessel “Polarsyssel”, belonging to the Governor of Svalbard is in the area. There are also two other vessels in the area of the crash in Isfjorden.

UPDATE at 19.30 Norwegian time: The missing helicopter is still not found. The weather is snowy with low visibility in the area, Norway’s Search- and Rescue service informs.

Also in 2008, a Russian Mi-8 helicopter crashed at the helicopter landing pad near Barentsburg at Svalbard, the local newspaper Svalbardposten informed at the time. Three of the nine persons on board died in the crash.

In August, 1996, a Russian Tu-154 aircraft from Vnukovo Airlines crashed in Operafjellet during approach to Longyearbyen airport. All 141 aboard died in the accident, the largest aviation disaster in Norwegian history.

The Barents Observer will follow developments in the search- and rescue operation.