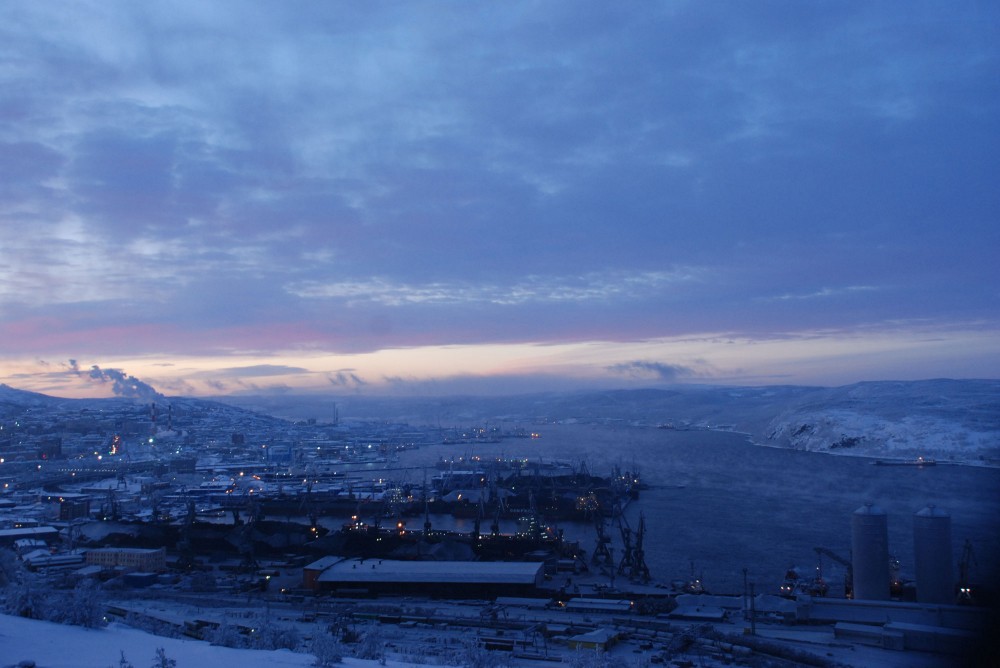 For the first time, the Arctic region is among the eight most prosperous in Russia.
Read in Russian | Читать по-русски
By

Murmansk Governor Marina Kovtun can cheer as key social and economic indicators in the far northern Russian region all point upwards. In her speech last week on the state of the region, Kovtun maintained that investments are up by 20 percent from 2016 and industrial production up 14 percent. Unemployment continues to decline and the budget deficit and debt situation, which for years has haunted the regional economy, is now under control.

«I can with confidence call 2017 a successful year for Murmansk Oblast», Kovtun underlined. According to the regional leader, Murmansk is now for the first time among the eight most prosperous regions in the country. That is up two places from 2016, when Murmansk was number ten in a federal ranking on social-economic development.

«We see growth on all indicators: investments, construction, industrial and agricultural production, retail trade and the consumer service sector», Kovtun told an audience of government officials, company representatives and other guests.

It is the only Russian Arctic region with this comprehensive growth, she maintained in the speech which is available on the regional government website.

The positive figures are reflected also in the data delivered by Murmanskstat, the regional branch of national statistics office Rosstat. According to the service, industrial production in the period January-October 2017 was up 13,3 percent from the same period in 2016. Investments were up 22 percent, construction - 23,3 percent and retail trade - 1,3 percent.

Unemployment in the region is now 7,2 percent, down 0,5 percentage point compared with 2016.

Another regional growth indicator is the situation in the local Murmansk Sea Port, which over the last year has boosted goods volumes by almost 60 percent compared with the same period in 2016, figures from the Russian Association of Sea Ports show.

According to Kovtun, the positive figures are rooted in the results of regional key companies like Phosagro, Nornickel, Eurochem and Rosatom, in addition to regional transportation and fish processing companies.

However, without doubt, the Murmansk economy is increasingly affected also by the major industrial projects now unfolding in the region. Among them is the Kola Yard, the big plant under development by Novatek. In addition come federal infrastructure development projects like the Murmansk Transport Hub, which includes the construction of a new railway line along the western bank of the Kola Bay. Several more projects are under planning, among them Enel’s wind power plant near Teriberka, Rosneft’s oil base in Roslyakovo and a new coal terminal in Lavna.

«Like never before, we feel that Murmansk is Russia’s stronghold in the Arctic», Kovtun said in her speech.

«This is much thanks to the clear feedback from the federal center, […] it has become our compass which allows us to set a course towards stability and gradual regional development».

Kovtun carefully underlines that her region is developing in close coherence with federal government policy.

«If I can describe this year with one phrase, it can be like this: Murmansk lived in a unified agenda with the nation».

«All goals, which we set in front of us, all projects which we plan and develop in our region, all initiatives, which we have conveyed up [to the federal government], are aimed for the common benefit of the whole country, and none of them are isolated to a narrow local interest», Kovtun underlined.