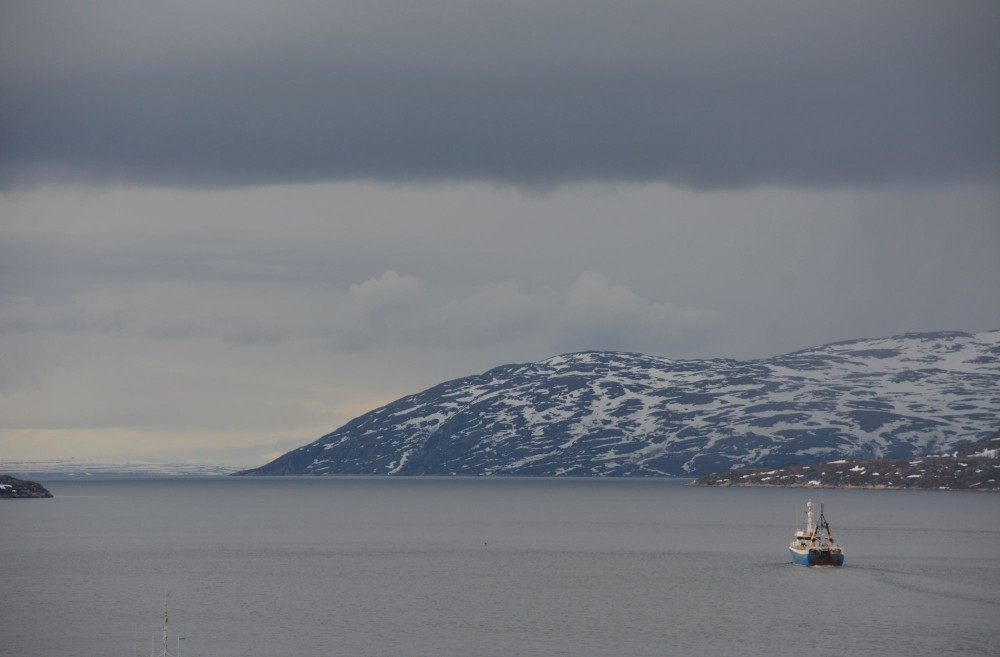 The sanction regime with neighbouring Norway should be softened in order to reopen for fresh fish deliveries to the regional Russian processing industry, says Mikhail Zub, head of the Murmansk Fish Enterprise.
Read in Russian | Читать по-русски
By

Mikhail Zub is the Murmansk fish company leader who pretended to be a journalist and made it into Vladimir Putin’s major annual press conference where he raised a series of critical questions about fish processing in the northwest Russian region.

«How come that fish costs 300 rubles per kilo, while chicken only 100 rubles,» Zub said to Putin and called for major reforms in national fish processing. The nearby Barents Sea is bustling with cod, but little is made available for the local population at affordable price, Zub made clear.

The remarkable stunt at the press conference won the company leader both disgrace and fame.

Now, Mikhail Zub follows up. According to the fish company leader, Russia should resume fish imports from Norway in order to revive fish processing in Murmansk. The issues was addressed in a recent meeting in the federal Fisheries Agency, RBC reports.

Zub reportedly proposed to abolish parts of the counter-sanctions and allow for import of refrigerated fish like capelin, herring, cod, haddock and pollock to Murmansk for processing at coastal plants.

Significant volumes of fish are landed in Murmansk, but most of it it frozen. And the regional processing plants can only handle refrigerated fresh fish.

According to RBC, the initiative is being assessed by the Fishery Agency. Also the office of Deputy Prime Minister Arkady Dvorkovich is reportedly studying the proposal.

The introduction of sanctions and counter-sanctions in 2014 put a stop to the once thriving fish trade across the Russian-Norwegian border. That lead to major economic losses for Mikhail Zub and his company. Ever since the company’s establishment in 1992, Zub had benefited from close cooperation with Norwegian fisheries and bought raw materials from the Norges Sildesalgslag and Norges Råfisklag.

Following the introduction of sanctions in 2014, Russian state policy has put great emphasis on strengthening of local food-producing capacities. The so-called import-replacing policy has lead to a big increase in deliveries of fish from the Russian Far East to western Russia, including regions like Murmansk.

According to Mikhail Zub, the import of 20,000 tons of fresh refrigerated fish from Norway would enable the processing industry in Murmansk to deliver products to the Russiain market.