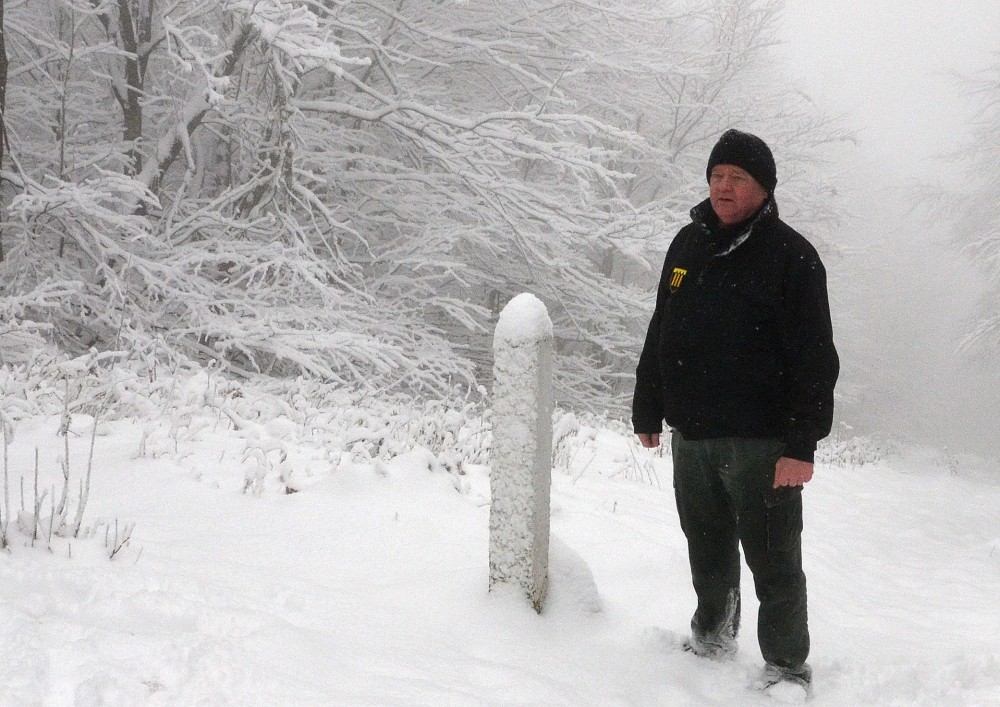 But I have not lost hope, the arrested Norwegian pensioner made clear as the Moscow court gave him another three months in custody.
Read in Russian | Читать по-русски
By

Masked guards brought the 62 year old Norwegian into the court room where they put him behind bars in a metal cage.

«I’m accused of something I haven’t done», Berg repeated to journalists. He confirms that he feels trapped into the case, but does still not want to reveal who might have set him up.

Voice recording from the five minutes Berg was given time to answer questions from journalists at site in the court room has been shared with the Barents Observer. The questions are asked by the Norwegian reporters from VG, TV2, Aftenposten, Dagbladet and NRK and are translated from Norwegian.

Reporter: “Do you want to say anything to your family?”

Reporter: “Can you describe how the situation feels for you?”

Frode: “Unreal. I’m accused of something I haven’t done. I had no idea about this when I arrived to Moscow on December 4th. I was just going shopping Christmas presents and visit some friends. This came suddenly as a surprise. It is still unreal for me. “

I’m accused of something I haven’t done

Berg was arrested by Russian security service agents in downtown Moscow on 5th December and has since been locked up in the high-security Lefortovo prison. He is charged by the FSB for espionage. Berg had with him €3,000 which he intended to send to a woman in Moscow.

He does still not want to reveal the names of the people who requested him to bring the money.

The unnamed contacts in Norway

Reporter: “You brought with you something to some Russian friends. That’s why you are sitting in custody?”

Frode: “Yes, I had. But nothing that is illegal here in Russia.”

Reporter: Can you tell who asked you to go to Moscow?

Reporter: What do you think about those who asked you to go here?

Frode: “… [5 seconds silient]…those who asked me… It was I who went to Moscow. I have been here many times with work, but I have never seen anything of Moscow.  This is the second time I tried to go to Moscow to see more of the city.  And to visit some friends.”

Reporter: Do you feel that you have been trapped into this case?

Reporter: What do you think about those who gave you this money and this material that you are jailed for?

Frode: I feel really misused. I have been fighting against anger and hate.

I have been fighting against anger and hate.

The gray-haired man looks tired after almost two months in jail and Berg’s lawyer Ilya Novikov says to newspaper Finnmarken that he is concerned about the prisoner’s health condition.

Still, Berg today made clear to journalists that he has not lost hope for the future.

Reporter: How are the conditions in the cell?

Frode: “I have never been in jail before and now I’m in a Russian prison under full isolation since December 5th, and didn’t know anything about what happened outside. It was just before New Year that my lawyer explained that it was a lot in the media.

I’m in a Russian prison under full isolation

Reporter: What keeps you up now as you are awaiting the process further?

Frode: “I got a lawyer that came to me on December 26th. Then I started to see some lights in the tunnel. “

Reporter: But how do you keep your mood up?

Frode: “I don’t do that. But I get visits by him [the lawyer], I get visits from the Norwegian Embassy and I am living as an optimist.”

Reporter: Do you fear that you could be sitting here for a long time?

Reporter: Why are you so optimistic?

Frode: “I don’t know if I can say much about it, but I had some good conversations with my lawyer and also what was said here [in court] before you were allowed in. I hope some at home… I don’t know what to say, but I didn’t come here for what I’m accused of. I have travelled to Russia since 1991, for 27 years, in the Murmansk Oblast, all over, have been to St. Petersburg, Moscow, I have never been collecting information during those times. Never. Because it has not been compatible with the job I had. Totally out of question. With the job I had, and also I have been doing a lot with humanitarian work. So out of question to work with such things.”

Berg served for more than 20 years as border inspector in Kirkenes, the Norwegian town located only few kilometers from Russia’s Murmansk Oblast. Since he retired in 2014, he has engaged extensively in local civil society and humanitarian work, including cross-border cooperation. On a big number of occasions, he has spoken up for a continued close relationship with neighboring Russians.

I have never been collecting information

Reporter: You have been a friend of Russia all time. How does it feel that this happens to you?

Frode: “That’s the reason why it feels like such a hard hit.  I have since 1991 defended the Russian Federation. I have followed it [Russia] since it was down with broken back and through it rose again to where it is today. At home, I have even been accused of being too Russian-friendly. This has really been a hard hit what I’m now accused of.”

Locals in Kirkenes have rallied in support for Frode Berg and a support group is collecting money and trying to establish a kind of visitor service.

Reporter: But, Frode, you have an enormous strong support by the locals up in Kirkenes, what does that mean for you?

Frode: “It is very good, that’s why I’m so touched. Because I know what happens up there.”

Despite the apparent major lack of evidence, the judge left no mercy with Berg. In today’s court session, the Norwegian got another three months of custody.

The statement from the judge was the following:

“The court having considered the motion of FSB to extend the incarceration of Frode Berg - Norwegian, born on October 20, 1955, married, having grandchildren born […], doesn’t work, residing in Kirkenes, at #28 …L…street …. , no prior criminal record,  charged in accordance with article 276 of the Criminal Code of the Russian Federation based on the case materials the court hereby rules to extend incarceration for three months – the term totaling 5 months i.e up till May 5 2018. The ruling can be appealed at the Moscow City court within 2 days.”