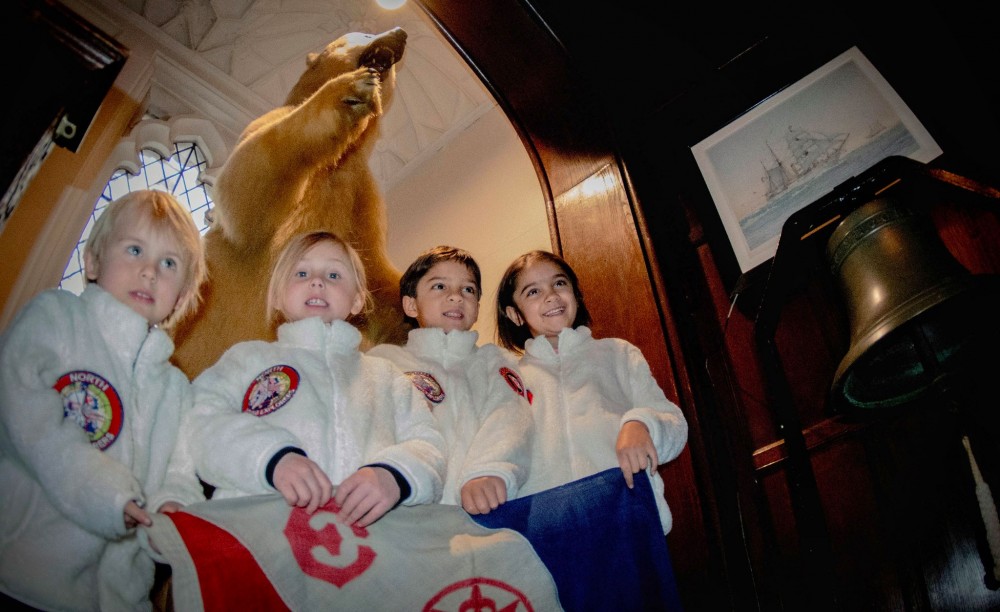 Four kids, all under 8-years old, are departing to the most remote place on earth. Photo: project website

Ronin (4) is one of four small kids who will take part in the youngest ever expedition to the North Pole.
Read in Russian | Читать по-русски
By

While his friends are playing around in the kindergarten, Ronin is part of a bigger game. Along with his sister Kinga (6), and Maika (7) and Olivier (7) he will soon depart on a journey which is bigger and more risky than he has the ability to understand.

The four kids will on the 6th April leave for Svalbard, the Norwegian Arctic archipelago, and from there make it to Russian drifting polar station Barneo.

It is a bold and transformative project, the expedition website says.

It is the kids’ parents that are behind the initiative. Richard Garriott de Cayeux is expedition leader and father of Ronin and Kinga. His social media, photography and videography leader is Martin Kraus, the father of Maika and Olivier.

In videos distributed by the project organizers, four-year old Ronin zigzags up a staircase, and the 3-year older Olivier asks himself whether the penguins live on the North or South Pole.

The Barneo station is normally located at 89º North, about a one hour helicopter ride from the North Pole point.

The four kids will be among the first visitors at this year’s Barneo camp, the drifting Russian ice station established annually for tourists and polar expedition. Camp organizer Irina Orlova and her team is currently in the process of embarking on their first reconnaissance flight to search for an ideal ice floe for the camp.

“We are getting ready for our children’s Young Explorers NORTH Expedition to the Pole carrying the 61st Flag of the Explorers Club,” says Galya Morell, expedition partner and responsible for the project art program.

«Enjoy the scene from Net_90°N Ω - our coming children’s play on the North Pole!», she says in a Facebook post.

According to the expedition leaders, they are connected with over 200 schools in the Arctic, in New York and in the UK, with whom there will be daily communication including blogs and live video exchanges. In addition to scientific components, the project also looks at Arctic anthropology, as well as arts.

It is all conducted in cooperation with the Russian Academy of Science and the Scripps Institution of Oceanography. Mr. Garriott is planning it as a pilot project for a possible long term Arctic kids program.

«We aim at advancing young children’s understanding of the arctic climate change while empowering them to drive changes by speaking to their peers around the world,» the expedition organizers say.