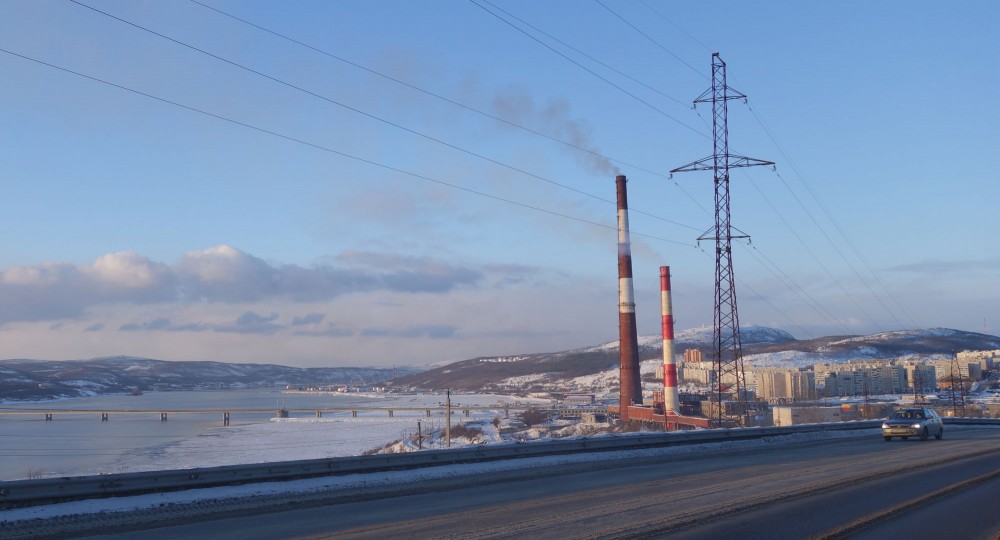 Murmansk is building one of the biggest natural gas plants in the world, but cannot itself take use of the energy.
Read in Russian | Читать по-русски
By

Murmansk Governor Marina Kovtun this week confirmed that the first part of Novatek’s  Kola Yard is to be ready in the course of 2019 and that the whole plant will be operational in 2020. It will be a core component in Russia’s grand development of LNG in the Arctic.

The plant located just few kilometers from the Murmansk downtown, will build the production platform for the Arctic LNG-2, an installation which will be placed on barges and towed to the production site in Gulf of Ob before year 2023.

It will employ up to 10 thousand people and boost prestige and economy. But it probably will not help solve the region’s major energy challenge.

Murmansk is today one of the Russian regions with the highest dependency of heavy fuel oil (mazut), which is used to heat up to 80 percent of regional housing. It is expensive, highly polluting and regional authorities have for decades struggled to replace it with natural gas.

Before 2012, the region had high hopes that gas from the Shtokman field would solve it all, but those hopes crashed as Gazprom and its partners abandoned the project.

Now, Marina Kovtun and her regional government is instead looking towards Novatek. In a statement made earlier this month, the governor makes clear that the LNG produced by the company could serve as basis for regional gasification. A LNG terming and other gas infrastructure could be built, Kovtun proposes.

She also reiterates her desire for a new gas pipeline, which could connect Murmansk Oblast with the national gas pipeline grid.

«We must return to the question about building a pipeline and it must be done on the federal level», Kovtun underlines. «Such a decision would be timely and have multiplicative effects on a number of different industries in the region».

According to the governor, regional GDP could grow as much as three-fold by year 2035 if the natural gas supplies are made reality.

Five billion cubic meters of natural gas per year, is sufficient she maintains.