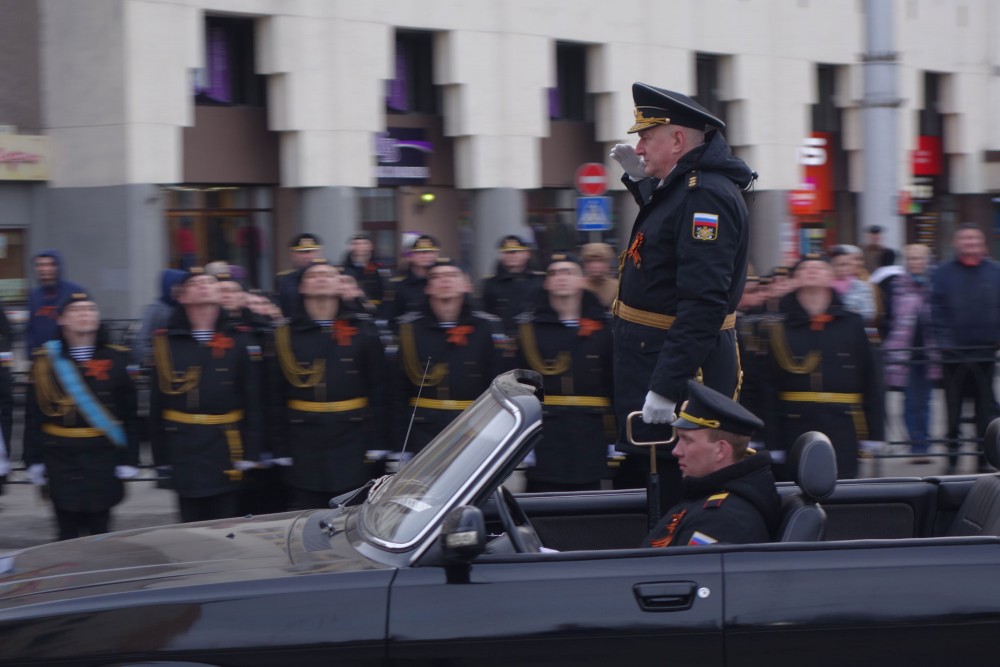 This is on display in the Murmansk victory parade

Hundreds of soldiers put on their finest garment and dozens of pieces of advanced military hardware are ready to roll down the city main street.
Read in Russian | Читать по-русски
By

With few hours left until Victory Day, men in uniform are getting ready to march through city streets all across the country.

In the Kola Peninsula, military parades will be held in a number of cities, including in the towns of Nikel and Zapolyarny along the border to Norway and Finland. In Murmansk and Northern Fleet headquarter city Severomorsk, also heavy military hardware will be on display.

On Friday 4th May, the Armed Forces in Murmansk were doing their dress rehearsal for the parade. According to military personnel on site, a total of 49 units of machinery in the parade. All main military units in the region are participating, including soldiers from the so-called Arctic Brigade.

Among the hardware included are missile system S-400, a group of T-72B3 tanks, armored vehicle Tigr and missile complexes Bastion. Also the new drone named Forpost is on display along with the snow-going car Aleut.

In addition comes several pieces of historical equipment, including the legendary T-34 tank.

Not all units will be in Murmansk for the parade. According to the Northern Fleet press service, soldiers from the 61st Naval Infantry Brigade, the so-called Kirkenes Brigade, will be marching on the Red Square in Moscow. The brigade, whcih is located in Sputnik few kilometers from the border to Norway, this year turns 75 years. It is a key part of Russian Arctic forces and is now headed by Commander Kirill Nikulin.

The Northern Fleet is the most powerful of Russia’s Navy capacities and was in 2014 established as a separate 5th Russian military district. It includes about two-thirds of all the Russian Navy’s nuclear-powered ships. There are seven key bases in the Kola Peninsula with fleet headquarters of Severomorsk as the most powerful. In addition comes a big number bases and facilities along the Russian Arctic coast, among them the new units based in Franz Josef Land, New Siberian Islands, Wrangel Island and several more places.