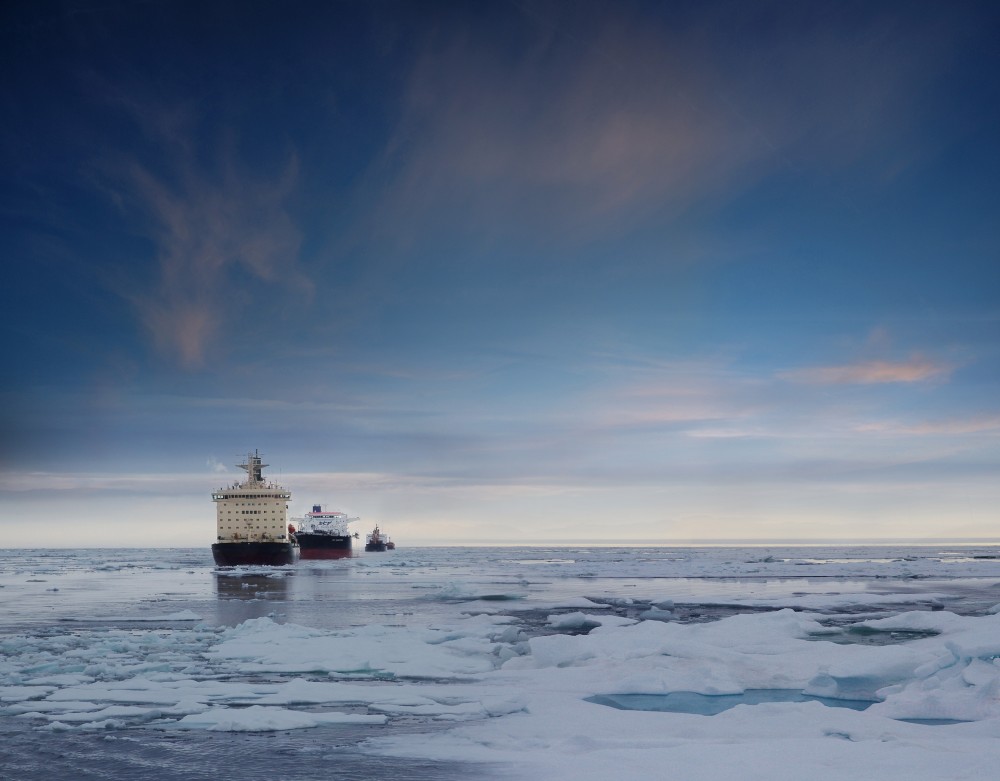 Shipping in the Gulf of Ob is paralysed and the situation complicated, icebreaker company Rosatomflot says.
Read in Russian | Читать по-русски
By

It is late June, but the winter has not abandoned the Gulf of Ob. The shallow bay, which houses two of Russia’s biggest Arctic out-shipment terminals for oil and gas, remains packed with fast ice.

It has created a  complicated situation, Rosatomflot says. The state company which manages the Russian nuclear-powered icebreakers, confirms that  independent shipping in the area is «paralysed» and that LNG carriers and tankers are stuck.

The shipping companies had expected the Gulf of Ob to be free of ice in the course of June and that icebreaker assistance would not be necessary. They were wrong.

According to Rosatomflot, there appears to be a need for icebreaker services in the area at least until after the first week of July. There are currently two nuclear-powered icebreakers in the Gulf of Ob, the «Taymyr» and the «Vaygach». In addition, there are several smaller tugs and icebreakers working in the waters around the Sabetta port.

According to the icebreaker company, this is the first summer in four years that the Gulf of Ob is packed with this much ice.

«The global warming, which there has been so much talk about for such a long time, seems to have receded a little and we are returning to the standards of the 1980s and 1990s,» says company representative Andrey Smirnov.

The Yamal LNG plant is fully dependent on smooth shipping to and from the port of Sabetta. A fleet of 15 powerful top ice-class carriers are being built for the project. The ships are capable of independently breaking through more than two meter thick ice. Commercial shipments from Sabetta started in early December 2017.

Further south, company Gazprom Neft is operating the Novy Port project, which is built to be able to deliver up to eight million tons of oil per year.  A fleet of six tankers are being built for the Novy Port. The first vessels of the new fleet, the «Shturman Albanov» and the «Shturman Malygin» were put on the water in early 2016. The third fleet tanker, the “Shturman Ovtsyn” set course for the history books when it in mid-winter 2017 left the yard of the Samsung Heavy Industries in South Korea, made it through the Bering Strait and sailed all the way to Yamal. Later, also the «Shturman Shcherbinin» and the «Shturman Koshelev» were built.

Data from the Northern Sea Route Administration show that three of the Novy Port tankers and three of the Yamal LNG carriers currently are in the waters of the sea route. The «Christophe de Margerie» and the «Vladimir Rusanov» are near Sabetta, the «Boris Vilkitsky» is out in the Kara Sea.

Information from ship tracking service MarineTraffic shows that there also are a number of cargo vessels in Sabetta.