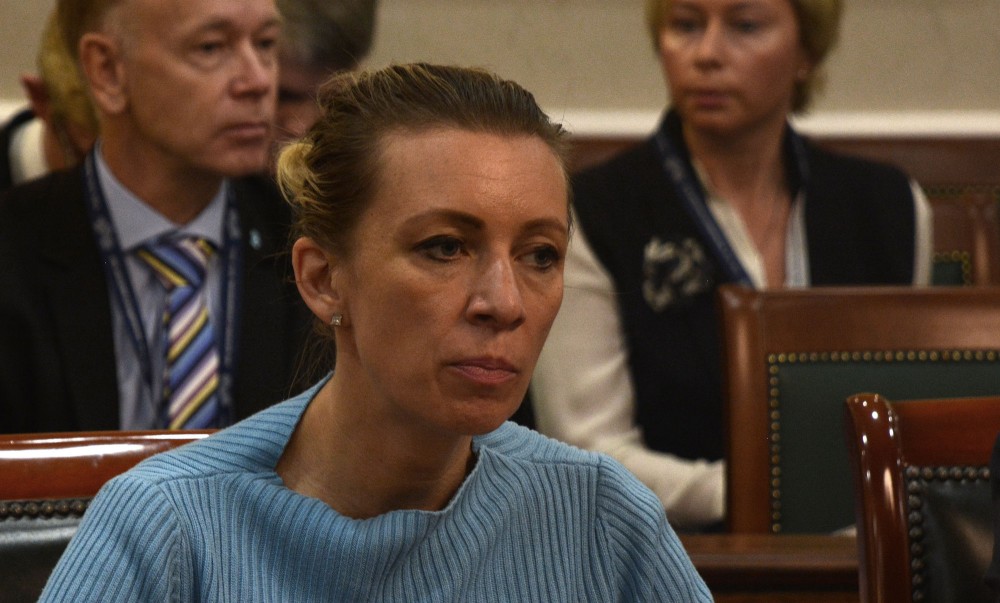 If not, the good-neighborly relationship will be ruined, the Russian Foreign Ministry threatens.
Read in Russian | Читать по-русски
By

It was not related to World Cup football, the kick made by press spokeswoman Maria Zakharova against Norway on Friday. In her weekly press conference, the ministry’s top mouthpiece lashed out against the neighboring country for its military cooperation with the USA.

According to Zakharova, the policy of the ruling Norwegian government is «undermining trust and predictability in bilateral relations.» Furthermore, she argues, it is in conflict with previous assurances from Oslo that its policies will not have aggressive aims.

The statements come as Norway is opening up for a doubling of U.S soldiers stationed in the country. The Norwegian government recently announced that it will increase the number of U.S marines in Norway to 700 men, half of them to be deployed in the Arctic region of Troms. But they are not based in the country permanently, only on a “rotational deployment”, the Norwegian defense ministry underlines.

According to the Russian press spokeswoman, the decision to let in the U.S Marines is in conflict with the Norwegian traditional policy of non-deployment of foreign bases in peacetime.

It will get consequences, Zakharova made clear.

«We encourage the Norwegian side to listen to our assessments of the situation, in order to regulate, and not destroy, the atmosphere of good-neighborly relations which have developed over many years in our countries’ border region,» she underlined.

The relationship with Norway was among the top issues raised in the press conference.

Meanwhile, as Zakharova was delivering strong words against the neighboring country in Moscow, the Russian Ambassador to Norway arrived on his first trip to Kirkenes, the Norwegian border town.

As he met with the local Norwegian establishment, Ambassador Teimuraz Ramishvili followed up on the message from Maria Zakharova.

According to Ramishvili, the Norwegian government policy towards Russia is «not based on reasonable dialogue, not trust, not willingness to make compromises.»

In an interview with local newspaper Finnmarken, Ramishvili underlines that it is «incomprehensible that the Norwegian government does not want to discuss important political questions with Russian authorities.»

But the message of the ambassador had a double end. At the same time as attacking the government in Oslo, Mr Ramishvili cherished local and regional authorities in northern Norway.

Up north, there is more understanding for Russia and Russian policy, he made clear, and praised the role of the regional Barents Cooperation.

«Leaders from both sides, both Norway and Russia, should really take the trip up here, where there is much to learn,» the ambassador told Finnmarken.

The signals from the Russian Foreign Ministry come as Russian Armed Forces are unfolding large-scale naval exercises in the Barents Sea. As many as 36 vessels from the Northern Fleet late last week set out from bases in the Kola Peninsula in the biggest drills in ten years.

Few days later, several NATO warships were spotted in northern Norwegian waters in what appears to be preparations for a western naval exercise in the area.