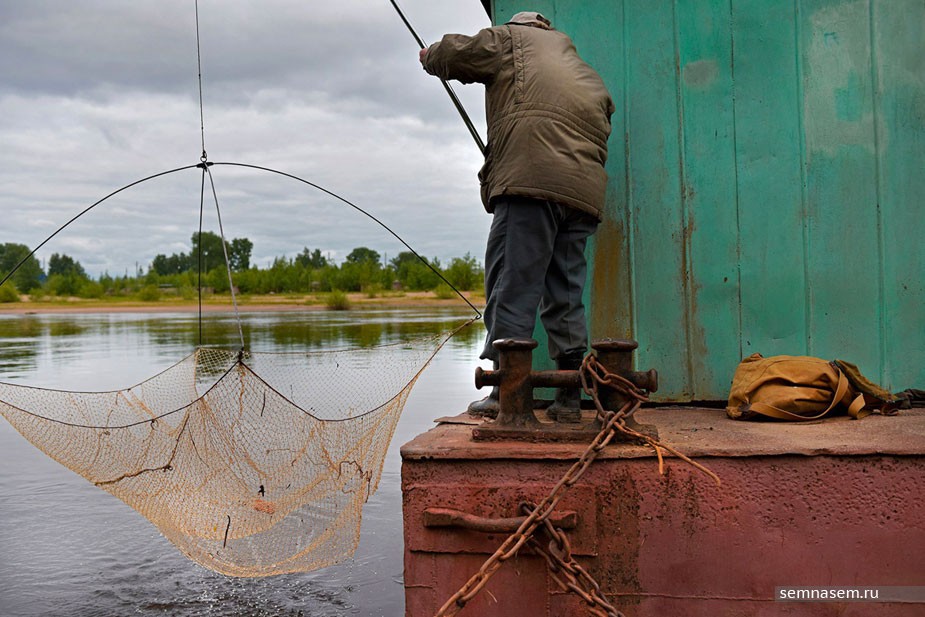 There is no more white fish in the Ob, says a resident in one of the tundra settlements located near a new Yamal oil terminal.

A resident of Yamal settlement Syunai Sale has written an emotional message about the problem with the fish:

«The Yamal and Nadym districts have become impoverished! There is no white fish in the rivers, lakes, in the Ob! I am in Syunai Sale, I see everything with my own eyes. National villages and inhabitants of the tundra, fishing for centuries, have been left without their national dish — the stroganina and malosolka,» Alexandra Igumnova writes.

Igumnova complained about the problem on the web community of the «Voice of tundra» on «VKontakte».

«What will happen next?! And do not blame poachers, it’s not them. Previously, the Syunai-Sale fishing area caught white fish by hundreds of tons (my father told me that the plan was about 100 tons for one brigade) around the 1980-1990s. And during the Great Patriotic War, fishermen did not spend the night at home, everyone was fishing. A dime a thousand of fish. Last year at that time we fried, dried, bloated smelt, ate broad whitefish and muxun. And this year surprised us!

Is it because the gas pipeline will soon go under the water in the Novy Port and the construction of a water port is underway?”

Head of the ecological program of Greenpeace Russia Vladimir Chuprov confirms Igumnova’s words about the lack of fish:

«There are two theories about what affects the fish population in the Ob. The first is poaching, scientists and Gazprom adhere to it. Residents argue that the construction of water facilities, canals and the port of Sabetta affect. New infrastructure is being built for the transportation of liquefied natural gas. There is also information that more sea fish began to get into the Gulf of Ob, and it began to displace the habitual freshwater species. But this is not a natural factor, it can also be a consequence of the construction of water infrastructure. When laying the gas pipeline, they could break the natural barrier on the bottom of the gulf, which prevented entering the sea water from the Kara Sea.»

The Ministry of Agriculture of Russia recognized the decline in the fish population of nelma and muksun a problem. To solve it, a plant for the reproduction of the fry of these fish was built in the village of Kharp, but scientists foresee the lack of whitefish, even taking into account the capacities of this plant. According to the report on the environmental situation in the Yamalo-Nenets Autonomous District, «when the plant reaches its full design capacity, it is planned to produce about 141 million fry of whitefish annually.»

Since 2014, fishing of nelma and muksun has been banned even for indigenous peoples, it can only be captured for scientific purposes. Until 2014, the catch quota for these rare species did not change. Authors of the report on the state of nature in the Yamal-Nenets Autonomous District concluded that in 2017 the catch in the district increased due to those species that can be captured without restrictions.

«In comparison with the rivers of the European part of Russia, the waters of the rivers of Western Siberia and the Yamal-Nenets Autonomous District have a much lower ability for self-purification. In this regard, the content of oil products, metals, synthetic surfactants is growing in the waters of the Yamal Rivers,» the report On the Ecological Situation in Yamal-Nenets Autonomous District states.

In 2017, the volume of purified water from the industrial enterprises of Yamal has increased fivefold in comparison with the past. The authors of the report consider the main polluters of the regional rivers to be the five energy companies and the water canal of Novy Urengoy.

Compared with last year, in 2017 ecologists of Yamal have taken 10 percent more water samples that do not meet hygiene standards.

«In water objects of the Autonomous Okrug, as a result of economic activities within the catchment area, increased concentrations of oil products, phenols, heavy metal ions, organic and nutrient substances, conditionally pathogenic microflora are found,» the report says.

The authors of the report consider the Ob pollutants upstream to be one of the sources of problems.

According to the same report, fish is one of the main sources of protein food for the inhabitants of Yamal.