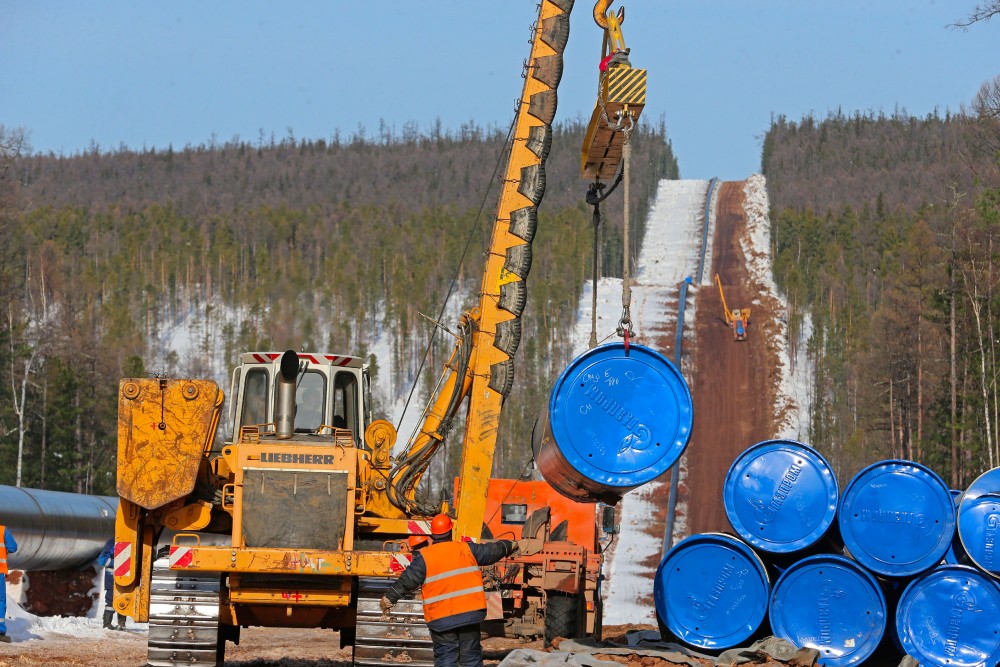 Energy company Gazprom will soon be able to deliver up to 150 billion cubic meters of natural gas per year from its fields in the Yamal Peninsula.
Read in Russian | Читать по-русски
By

The third train of the Bovanenkovo field is under preparation and will be launched in the course of the year, company managers told their Board of Directors in a meeting early September. That will bring annual production from the giant field to 115 billion cubic meters, the company says.

In addition, Gazprom has decided to start the development of the nearby Kharasavey field in 2019. That will ultimately increase production in the region by another annual 32 billion cubic meters.

By 2023, the national energy company intends to produce more than 150 billion cubic meters of natural gas in the remote Arctic peninsula.

That is far more than the total Norwegian natural gas production, which in 2017 amounted to 122 billion standard cubic meters.

And more is to come. Gazprom has a string of more field licenses in the region and the accumulated resource potential by far exceeds 10 trillion cubic meters. The Bovanenkovo alone holds 4,9 trillion cubic meter and the Kharasavey - 2 trillion cubic. In addition comes the so-called Tambey fields, which hold an estimated 7,7 trillion cubic meters, and several major nearby offshore fields like the Leningradskoye, Rusanovskoye, Nyarmeyskoye and Kamennomysskoye-More.

Gazprom believes that it ultimately will be able to export as much as 360 billion cubic meters from Yamal.

The resources are all aimed European consumers. Over the next few months, Gazprom will complete the construction of the 970 km long Ukhta-Torzhok-2 pipeline, which will increase out-transportation capacity of Arctic gas by 45 billion cubic meters.

That new line will ultimately be connected also with the disputed North Stream pipelines that run through the Baltic Sea.

«The increase of the Bovanenkovo to full production capacity, the development of the Kharasavey and other Yamal fields, as well as the expansion of the northern gas transportation corridor, is a critically important part of the company’s operations,» Gazprom CEO Aleksey Miller underlined during a visit to the gas-rich Yamal-Nenets region earlier this year.

It is a year of celebration for Gazprom, which marks its 25-year anniversary as private company. In 2017, the company’s total production amounted to 471 billion cubic meters, and export - 194,4 billion, which is the biggest volume ever.

The Russian natural gas last year accounted for as much as 34,7 percent of the European market. That volume is likely to increase. And and the source lies above the Arctic Circle in the extreme conditions of the Yamal Peninsula.