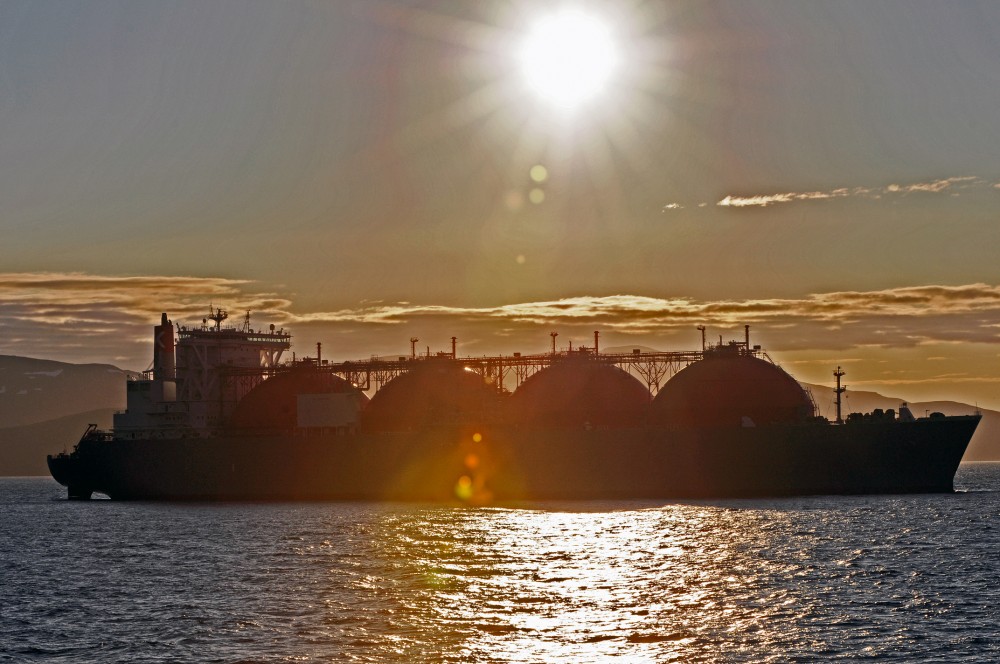 New fleet of LNG-carriers to serve Arctic LNG-2 plant supposed to be launched by 2023.
Read in Russian | Читать по-русски
By

The new company, Marine Arctic Transport, will also have Sovkomflot as partner, Kommersant reports from the on-going Eastern Economic Forum in Vladivostok.

Main financial partner is the Silk Road Fund, a Chinese state owned fund aimed to foster increased investment in maritime shipping between Eurasian countries. The Northern Sea Route is one of the new trade routes with increased Chinese focus.

With the new company, intentions to implement new options of year-round shipping of hydrocarbons along the Northern Sea Route will be consolidated. LNG will be sent to the Asia-Pacific region from the Yamal Peninsula and nearby waters, but the company will also organize transit shipments between Western-Europe and Asia via the north.

Kommersant writes that the Chinese interests in the company could be 49,9%.

With the deal, it will be easier to attract Chinese financing to build new LNG carriers, including at shipyards in China.

Novatek’s Yamal LNG has a deal with several shipping companies operating the fleet of soon to be 15 ice-classed carriers. The new entity Marine Arctic Transport will get new vessels to carry gas from Arctic LNG-2, a new plant to be launched by 2023 where Novatek also will be majority shareholder.

A final investment decision for Arctic LNG-2 is expected next year.

Leonid Mikhelson, Novatek’s chief executive told Reuters this week that China’s CNPC is a potential shareholder for the project. Today, CNPC holds 20% of the shares in Yamal LNG, while the Silk Road Fund owns another 9,9%. France’s Total, which is partner in Yamal LNG, will also be partner for the new Arctic LNG-2 plant.

For the new Arctic LNG-2 project, a supply base is under construction by Novatek in the Kola Bay, just north of Murmansk.

Unlike Yamal LNG that is build onshore at the port of Sabetta, the new Arctic LNG-2 plant will be build on barges for offshore location in the Ob Bay.

At the Eastern Economic Forum in Vladivostok, Novatek on Tuesday announced the creation of another shipping deal. Together with Rosatomflot, the Murmansk-based state-owned operator of the fleet of nuclear powered icebreakers, Novatek creates a joint venture to finance and build LNG-fueled icebreakers and supply vessels to support the shipping of gas along the Northern Sea Route.

«We already have successful experience of working with Rosatom providing ice-breaker support for the LNG carriers of our Yamal LNG project,» says Leonid Mikhelson in a press-release. He says the agreement will facilitate for further development to support the growth of cargo traffic along the Northern Sea Route, important for Novatek as well as the Russian economy.