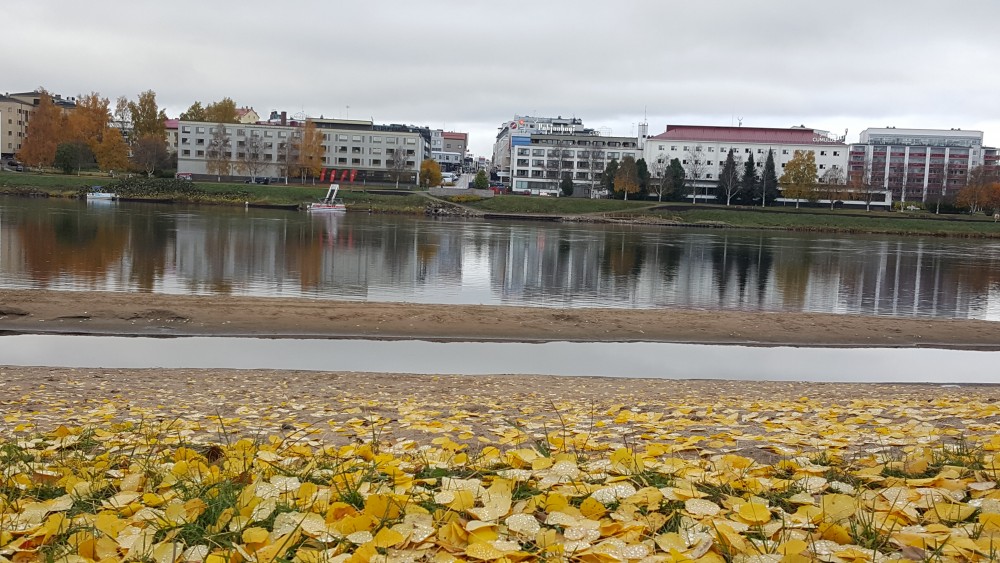 Finland is hosting the Arctic Biodiversity Congress this week, where 450 scientists, government officials, indigenous peoples and experts from 26 countries are discussing safeguarding the Arctic environment. Finland is chair of the Arctic Council from 2017-2019, and hosting two high-level environmental meetings this month.
Read in Russian | Читать по-русски
By

Finnish President Sauli Niinistö was also in attendance at this week’s congress, which began, well, above the Arctic Circle, in Lapland’s city of Rovaniemi on Tuesday.

Niinistö opened the four-day congress by pointing out what was likely already on many attendees’ minds, a report issued Monday by the IPCC – the UN’s Intergovernmental Panel on Climate Change – which said that avoiding global climate chaos will require an unprecedented transformation of society and the world economy, and that time is running out to avoid disaster.

The report called for radical cuts in energy consumption and a rapid shift away from fossil fuels.

“As we all know, the IPCC just yesterday published its latest special report on global warming. It had a very clear message to policymakers. We urgently need to enhance and speed up our efforts to achieve the goals of the Paris Climate Agreement,” Niinistö said.

“This is particularly relevant for the Arctic. As the IPCC report points out, the Arctic region is one of the most vulnerable systems on our planet, if and when global warming continues. And on the other hand, the melting of sea ice and other changes in the Arctic region accelerate climate change on a global scale. I have said this before: if we lose the Arctic, we lose the globe,” Niinistö continued.

“The discussions I have had preparing for the possible [Arctic] summit have given me reason for some optimism. Climate change may not be the best conversation starter in every capital these days, but you can still find constructive ways to address the concrete issues behind it,” Niinistö said.

“There is hope. We still have a chance to save the Arctic, and to save the globe. But there is no time to waste,” he said.

Biodiversity threatened in the Arctic

This week’s congress will feature keynote speeches from prominent experts in Arctic science and policy, and global environmental cooperation.

The environment ministry’s councillor on environmental biodiversity, Marina Von Weissenberg, is one of the conference organisers and said she has high hopes for the meeting, adding that the IPCC report will likely spark debate at this week’s meeting.

“There will certainly be a great deal of discussion. We know that climate change is the biggest threat to the Arctic region. The official goal is [an overall] global warming limit of 1.5 degrees, which in the Arctic region means an increase in temperature of between 6-7 degrees. It is clear that the flora and fauna will suffer terribly,” she said.

“I hope that the topics discussed at the conference give a little nudge to the UN system, that we have to follow up on agreements we’ve made on biological diversity and transport sector regulations,” von Weissenberg said.

The meeting will also feature scientific reports on the acidification of the Arctic Sea and how environmental toxins are affecting fish and other marine life.

Although research is not always taken into consideration by policy makers, von Weissenberg said the Arctic Council listens to researchers.

“The Arctic Council has done a great job. It has been a joy to observe cooperation between, for example the US, Canada, Finland and Russia, which is based on the best scientific data available,” von Weissenberg said.

The Arctic region is one of the areas on the planet least affected by humans, but it is also threatened by global climate change and exploitation of resources. Local communities, as well as indigenous peoples rely on the Arctic for their livelihoods but climate change in the region also poses serious threats for the entire world, according to von Weissenberg.

“Even though it’s a small number of countries we’re talking about [in the Arctic region], the polar region impacts the condition of the entire planet,” she said.