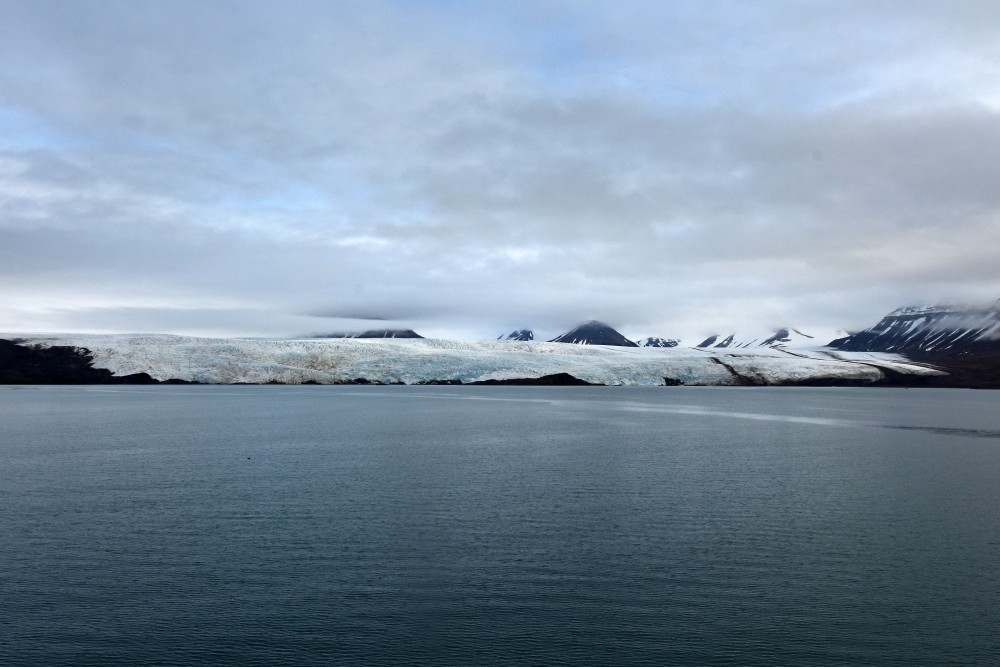 There is dramatic urgency in this matter, says Peter Winsor, Arctic program director at the WWF.
Read in Russian | Читать по-русски

Winsor, who participated in last week’s Arctic Frontiers conference in Tromsø, Norway, leaves no doubt about the state of the Arctic.

«When I started to study the Arctic 20 years ago it was a completely different Arctic», he said in a session on ocean health and blue growth. «Everything is changing now.»

The environmentalist, who is also an acknowledged oceanography professor, made clear that  «urgency is paramount».

«Ten to twenty years - that is the timescale that is pushing the Arctic into a completely new state,» he underlined. «The Arctic is warming and losing sea ice, it is an unprecedented change and the way we deal with that is a big challenge.»

Winsor called for precautionary measures, and praised the international agreement signed in 2018 on unregulated fishing in the Central Arctic Ocean.

«The Arctic Ocean is already a stressed ecosystem and it is being stressed even more now with climate change. If we are going to develop a sustainable blue economy we first need to think about the ecosystem,» he underlined and made clear that bigger parts of the Arctic must be protected.

«As a scientist I feel fairly pessimistic about the Arctic at the moment,» he admitted.

In its report on Blue Economy from 2018, the WWF makes clear that a new open ocean is in the making and that a pan-Arctic, ecologically coherent network of Marine Protected Areas should be created. Many of the proposed measures are discussed also in the Arctic Council’s PAME working group.

Winsor challenged the Norwegian government, and said that Norway has protected less than one percent of its Arctic waters.

«The international target for protection of the Arctic Ocean is 10 percent, while Norway has protected less than one percent. There is a disparity here,» he said and nodded to Vidar Helgesen, the Norwegian Special Representative for the Ocean.

He also made clear that Russia has been far more active in protecting its part of the Arctic.

Helgesen, who is the former Norwegian minister of climate and environment, was put under pressure also by moderator and BBC journalist Stephen Sacur. «Are you in favor for full steam ahead for oil exploration in a Barents Sea? Do you want responsible economic exploration or outright protection?» Sacur asked and Helgensen hesitantly admitted that he «supports a policy of exploration.»

«But we are in a transformation process, we know that fossil fuels will be phased out, but it is not going to happen overnight,» Helgensen underlined.

According to the government representative, «it is way more important to manage well the 100 percent of the ocean than to fully protect 10 percent of it.»

The Norwegian double policy is not well perceived by environmentalists.

«I would not say that the Norwegians are hypocritical, they are doing a lot of good things. But I am concerned that they still are pushing for development of non-renewable energy and extraction in Arctic,» Peter Winsor told the Barents Observer. «There is no way we can reach the IPCC goals of 1,5 degrees if we continue extracting oil,» he underlined.

But he was not exclusively pessimistic about the situation. «The Arctic is primarily undeveloped and we still have a chance to get it right,» he said. «For a number of reasons; for the people who live there and for the many species that live there and are stressed under effects of climate change.»