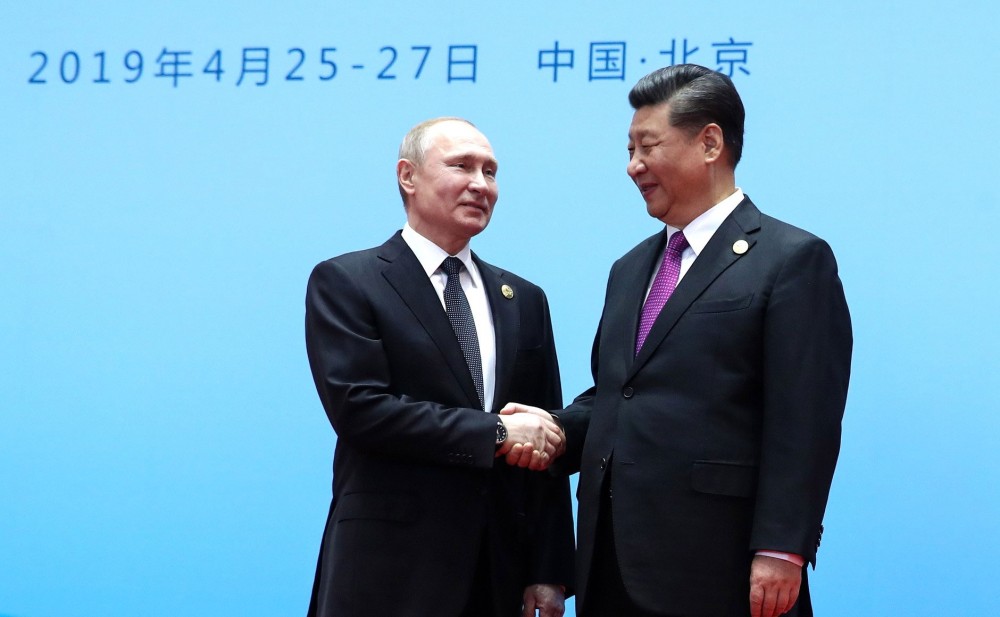 The Russian president aims for more Chinese investments in Arctic LNG and growth in trans-shipments on the Northern Sea Route. Beijing appears ready for both.
Read in Russian | Читать по-русски
By

It was infrastructure development that was the top issue when Vladimir Putin on 25th April arrived in Beijing to attend Chinese President Xi Jinping’s top meeting on the Belt and Road initiative.

The meeting was the second of its kind and Putin was the prime guest. Russia is a country of key importance for the Belt and Road initiative. That also includes the maritime part of the grand infrastructure strategy.

During the meeting, Putin made clear that he would like to see the Northern Sea Route a part of China’s Maritime Silk Road.

«We give major attention to the development of the Northern Sea Route [and] consider the possibility to connect it to the Chinese Maritime Silk Road,» the president told the state leaders in the room.

«It would create a global and competitive route that connects Northeastern, Eastern and Southeastern Asia with Europe,» he added.

The Russian president also highlighted that he seeks investments from foreign partners to the development of the Arctic shipping route.

«This kind of large-scale project requires close cooperation with the countries of Eurasia in order to boost transit shipments», he said and made clear that investments are needed in building of port terminals and logistics centers.

«We invite the countries represented here to take part in the development.»

The CNODC is from before a major stakeholder in the Yamal LNG, the project that was launched late 2017.

It is liquified natural gas that now is the driver in growth on the Northern Sea Route. But more kind of goods could soon add on the volumes. Vladimir Putin has made it a national objective to reach an annual total shipping of 80 million tons on the route by year 2024.

During the recent Arctic Forum in St.Petersburg, state nuclear power company Rosatom said it believes shipments on the route by that time could get even bigger, as much as 92,6 million tons. Included in that sum is about 1 million tons of transit shipments.

However, as highlighted by Russian Deputy Minister Maksim Akimov, major uncertainties remain linked with the transit shipments. «This is a very complicated and technologically difficult task,» he said and underlined that the southeast Asian region is a highly competitive region and that freight companies will need favourable prices and that shipment time limits need to be met.

Not only commercial shipping was on the agenda during the talks between Putin and Xi Jinping. Several Russian naval vessels are this week on official visits in Chinese ports and on the 29th April the two countries together launched a joint naval exercise, the Russian Defense Ministry informs. The Russian naval presence in the area includes several Northern Fleet ship, among them brand new frigate “Admiral Gorshkov”, support vessel “Nikolay Chiker” and tug “Elbrus”.

The Belt and Road Initiative is the Chinese strategy that involves infrastructure development and investments in 152 countries and international organizations in several continents. While «Belt» refers to the overland routes for road and railways, the «Road» refers to the sea routers, or the 21st Century Maritime Silk Road