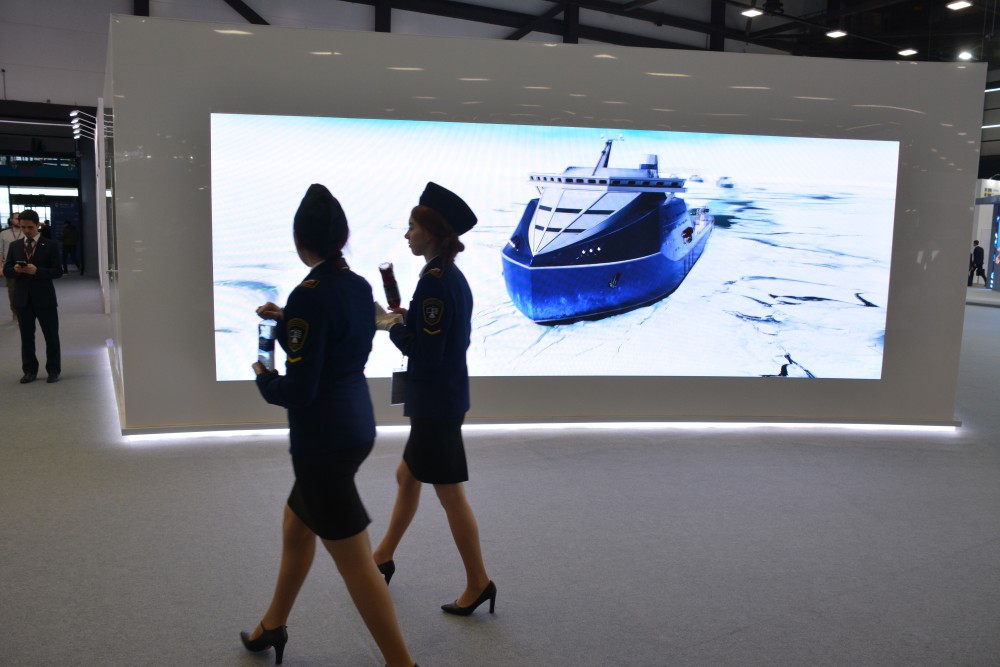 A system with major tax breaks is to make private investors place billions in new regional infrastructure.
Read in Russian | Читать по-русски
By

«We have discussed a new system of investment preferences,» Russian Deputy Prime Minister Yuri Trutnev made clear to the press after last week’s meeting in the Arctic Commission, the governmental body for Arctic developments.

According to the top government official, companies that invest in the Arctic could get their tax burden reduced with as much two thirds for the whole project period.

«We are looking at two alternative approaches: One with up to 15 years long tax preferences that include zero tax rates on profits and property, land use and extraction, and a second with 2/3 tax reductions for the whole project period,» Trutnev said in the press briefing.

It is the second option that is the most interesting both for government and the companies, he made clear.

Large-scale investments are on the table of the government planners. A cost estimate recently presented by the Ministry of Natural Resources outlines a need for a total of 10.5 trillion rubles (€143 billion) of private investments in the region over the next ten years. That includes at least 118 different priority projects in the field of new industry and infrastructure, the ministry says.

The Arctic Commission meeting took place during Russia’s big conference Arctic Forum, and ministers and diplomats from four Nordic countries were buzzing around between top Russian officials in the corridors.

Trutnev met with journalists along with Aleksandr Kozlov, the Minister for the Development of the Far East and Arctic. The two men are now leading figures in Russian Arctic development, the latter after his ministry of the Far East in January this year got the Arctic added to its responsibilities.

Investments and tax benefits in the Arctic are now on top of the agenda of the government officials. And there lies an element of major urgency over the issue. President Vladimir Putin has made clear that he demands unprecedented developments in the region by the time he ends his term in office in 2024 and the government is grappling with the task. Among the president’s key priorities is the boost of annual Northern Sea Route shipping 80 million tons by 2024.

It is within reach, the government ministers underline. But they are fully dependent on private investors in order to succeed.

Oil and gas, LNG and coal

According to Deputy Prime Minister Trutnev, the new investment preferences will be made equally available over the whole Arctic.

«The preferences will be made available for all projects in the whole region,» he said and added that four categories of projects will be given priority, among them offshore oil and gas, onshore oil and gas and production of LNG.  In addition comes a category of all other projects that do not belong to the first three groups, including coals extraction.

A bill on the tax issue is to be handed in to government by May, and the new legislation to be adopted by Parliament after summer.

The new system of tax benefits for companies investing in the Arctic is part of Russia’s new and updated Arctic Strategy that reportedly is to be completed in the course of this year.

According to Vladimir Putin, the strategy will cover the period until year 2035.

«Special emphasis is placed on the development of transportation and infrastructure,» the President underlined in in his keynote speech delivered in the Arctic Forum.

«We understand very well that this the foundation, the necessary base for future investments and business initiatives,» he stressed.

Among the specific projects explicitly mentioned by the president is the Northern Latitudinal Passage, a grand railway development initiative that will link the national rail grid with the Arctic seaport of Sabetta. The railway line will stretch across the great River of Ob and all the way to the northern top of the Yamal Peninsula and open a new export route for goods produced in the Ural region and West Siberia.

Putin is ready to give what it takes to reach his objectives. That includes slashing taxes for investors.

«Of course, considering the specifics of the Arctic, the preferences for the investors will be more, so to say, progressive, more sustainable,» he underlined in his speech.