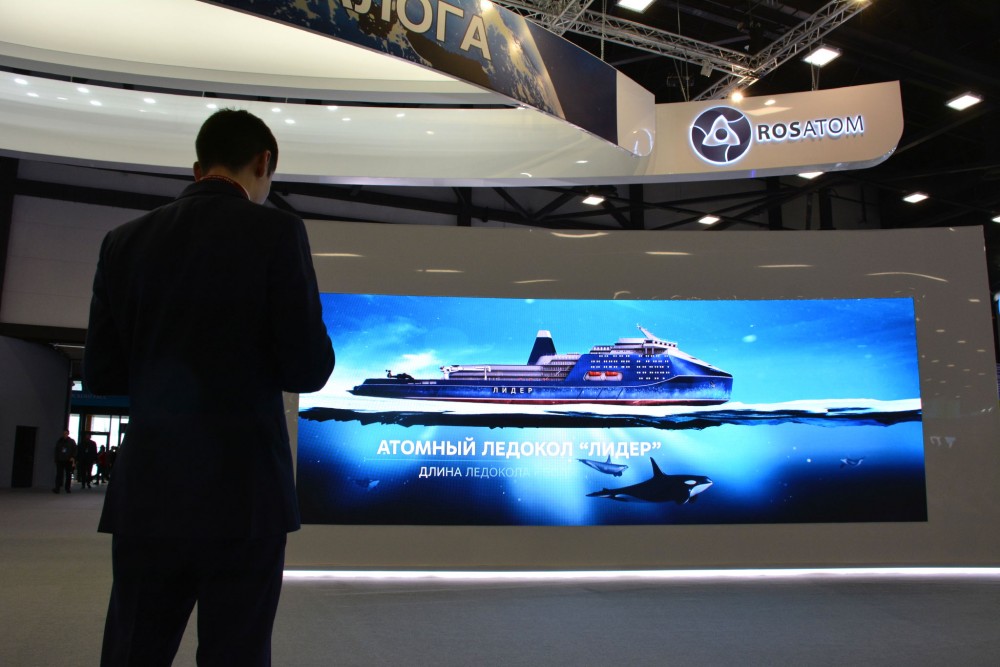 The most ambitious infrastructure building in the Arctic ever is to help Russia extract the vast natural resources of the region.
Read in Russian | Читать по-русски
By

Russia has big plans for its Arctic and is in the process of building capacities that will enable it to ship out major volumes of goods from the region.

According to Kulinko, Russia will not only build eight nuclear powered icebreakers by year 2035, but also 16 rescue and support ships.

In addition, several major seaports are under development, and a total of 12 new satellites are to be put in orbit, he said in a recent conference on Russian offshore developments.

Kulinko is deputy director of the Northern Sea Route Directorate, a unit under the state nuclear power company Rosatom.

Rosatom was in 2018 given the main responsibility for the development of the Northern Sea Route, the shipping route that stretches between the archipelago of Novaya Zemlya and the Bering Strait.

The first ultimate goal is to increase annual goods volumes on the Northern Sea Route to 80 million tons by year 2024, the target set by Vladimir Putin in his grand national 5-year plan.

The expanded icebreaker fleet of Rosatom will by year 2035 include five of the 60 MW powerful project 22220 and three of the 120 MW «Lider».

Three of the former are already under construction and a construction contract on the first «Lider» is due to be signed before 2020, Kulinko confirmed.

«We look at this project with optimism,» the company representative underlined and made clear that the «Lider» will be built at the new Zvezda yard in Vladivostok.

The first new major seaport projected by Rosatom is the Utrenny terminal on the coast of the Ob Bay. It will serve natural gas company Novatek’s Arctic LNG 2, a project that ultimately will produce 19,8 million tons of LNG and launch production in 2023.

Major dredging operations have this summer taken place in the shallow waters of the Ob, and more is needed for big ships to be able to move in to the Utrenny terminal.

By early October, as much as 4,7 million tons of seabed had been removed, and by 2022 a total of 26 million tons of ground is to be dug away, Rosatom confirms. It will ultimately open a lane deep enough for big vessels to sail in an out of the area.

It is radically transforming the Arctic gulf.

Rosatom also plays a central role in the planning of the Chaika and Severny ports in Peninsula Taymyr. The former is built for exports of coal from Vostok Coal’s nearby fields.

The new infrastructure on the ground is to be followed up by new surveillance from above.

According to Maksim Kulinko, a series of new satellites are to provide meteorological and hydrological data and help analyze ice conditions.

«Up to 12 satellites will be launched before 2025 as part of the currently program, pretty expensive delightment,» he said.

On the plan are also smaller innovative satellites that can use radio-locating equipment and provide ice mapping.

The space program is developed in cooperation with state agency Roskosmos and Roshydromet, the meteorological service.