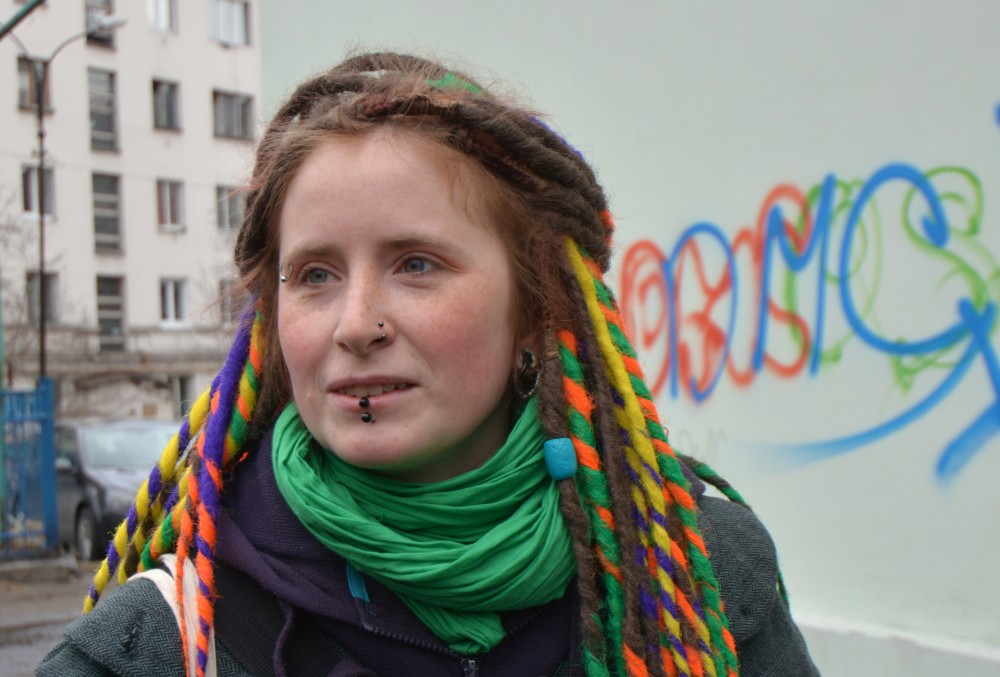 Tatiana Kulbakina from her days in Murmansk. Photo: Thomas Nilsen

«Freedom of assembly has been, and remains, an important issue for me, and I will be glad if the court can point to Russia’s mistakes,» Kulbakina said when interviewed by 7x7 Journal about the upcoming case for the European Court of Human Rights (ECHR).

It was in 2012 that Tatiana Kulbakina was refused by local authorities to arrange a peaceful rally downtown Murmansk. Kulbakina wanted to show support to the three feminist punk band members that were arrested on charges of hooliganism after preforming ‘Punk Prayer’ in the Chatedral of Christ the Savior in Moscow.

She appealed the denial to a Murmansk court with request to recognize the Murmansk authorities’ decision as illegal. The court ruling, however, took place only after the planned rally.

On August 17th, the same days as the Moscow court gave the verdict against the Pussy Riot members, Tatiana Kulbakina and one other girl turned up on the Five Corners Square in the centre of Murmansk (video below). The two were standing in distance from each other holding a placard.

Kulbakina and her lawyer, Aleksandr Peredruk, appealed the Murmansk court decision to the European Court in Strasbourg. The case also include a second denial of Kulabkina’s right to arrange a peaceful rally in Murmansk in 2014. That rally was supposed to be in solidarity with anti-fascist Alexei Raskhodchikov who got one year in jail accused of violence against a government official.

Lawyer Peredruk writes in a blog-post in 7x7 Journal that the case Kulbakina v. Russia is one of three similar cases now coming up for review by the ECHR. The two other cases, from Chelyabinsk and St. Petersburg, are also related to individual citizens’ rights to organize pickets.

Today, Tatiana Kulbakina said to 7x7 Journal that her problems with coordinating protests back in 2012 and 2014 were only the beginning of the modern suppression.

«Our complain is a small brick in the struggle for freedom of assembly. But every brick is important,» she said.