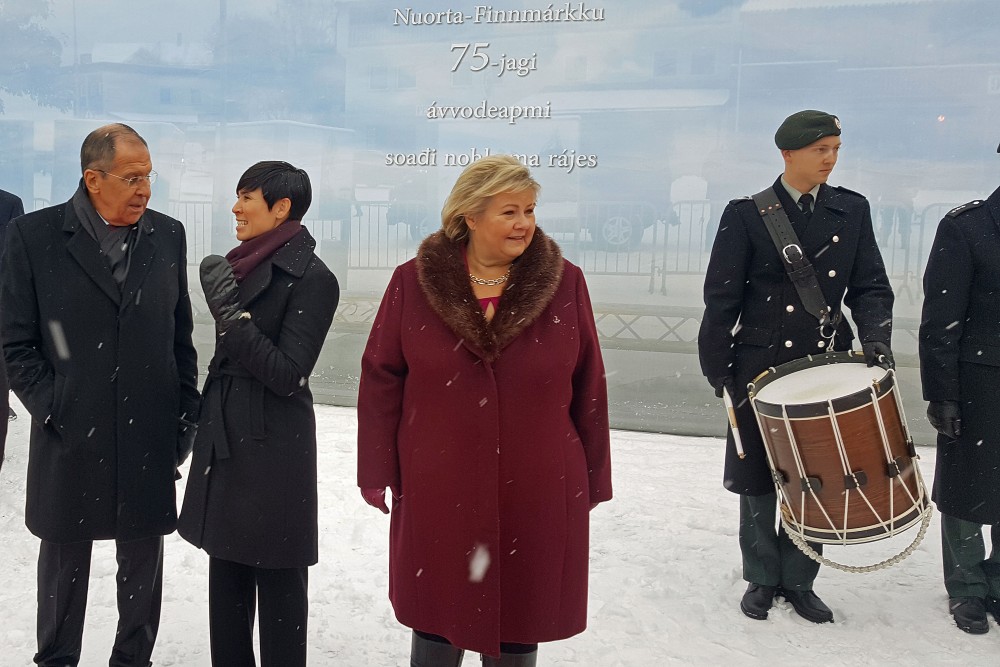 The Norwegian Prime Minister was invited, but decided not to participate at the 70Victory Day on May 9th five years ago. This year, no invitation has been posted.
Read in Russian | Читать по-русски
By

Last October, Russia’s foreign minister Sergey Lavrov stood side-by-side with the Norwegian King, prime minister and foreign minister celebrating the 75th anniversary of the Red Army’s liberation of eastern Finnmark. The border town of Kirkenes was the first part of Norway to be liberated from Nazi-German occupation on October 25th 1944.

For Russia, the upcoming celebration with military parade on the Red Square on May 9th is the happening of the year. Putin has by several occasions stressed the importance of preserving the history of Second World War.

«We have not received invitation,» said Anne Nordskog with the prime minister’s office in Oslo when asked by the Barents Observer.

Solberg was among the 68 world leaders invited to Moscow for the 70th anniversary of the capitulation of Nazi Germany. The Victory Day Parade in 2015, however, came amid the turmoil of Russia’s annexation of Crimea and the war in eastern Ukraine.

Erna Solberg was one of the leaders from Europe, Japan and the United States that opted not to participate. The invited countries, though, were represented on the Red Square with their ambassadors.

The organizers’ committee of the 75th anniversary events in Russia has not replied to questions from the Barents Observer over possible invitations to be sent later on to any of the Nordic countries’ state leaders.

With Russia’s foreign minister participating at the celebrations in Kirkenes last October, a possible reciprocity invitation could be sent to Norway’s Ine Eriksen Søreide.

«We have so far not received any invitation to the celebration of the 75th anniversary on May 9th,» said press spokesperson Ingrid Kvammen Ekker with the foreign ministry.