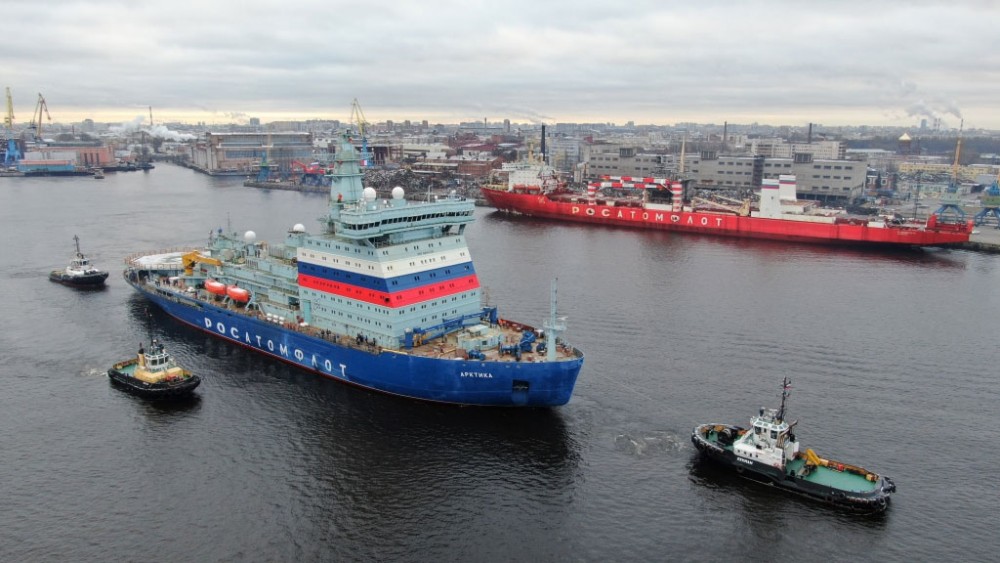 An electric motor on the super-powerful ship broke down during sea trails.
Read in Russian | Читать по-русски
By

It was an electrical propulsion motor that experienced technical troubles and a commission is now considering ways to fix the problem, Kommersant reports.

If the whole engine will have to be replaced, it could lead to major delays, the newspaper writes. The 173 meters long and 34 meters wide Project 22220 (LK60Ya) class vessel is originally planned handed over from the Baltic Yard to state nuclear power company Rosatom in May this year.

The technical problem is reported to have appeared on the 4th February.

Sea trials of the nuclear powered icebreaker started in mid-December 2019. Those first sea trials happened without the reactors running.

«We didn’t have time to complete the launch [of the reactors]….. This first part will be with backup generators,» Head of Russia’s Northern Sea Route directorate, Vyacheslav Ruksha said. He declined to comment on which problems are the reason for the delayed start-up of the icebreaker’s main power source, the reactors.

«Arktika» is the lead vessel in the new class of powerful nuclear-powered icebreakers of which five will be built. The ship has cost the Russian federal budget at least 37 billion rubles (€539 million).

A second, and longer, test voyage is planned for March-April before the icebreaker is subsequently to sail around Scandinavia to its homeport of Murmansk on Russia’s Barents Sea coast.

The main waters of operation for the new ship will be from the Kara Sea and further east along the Northern Sea Route.