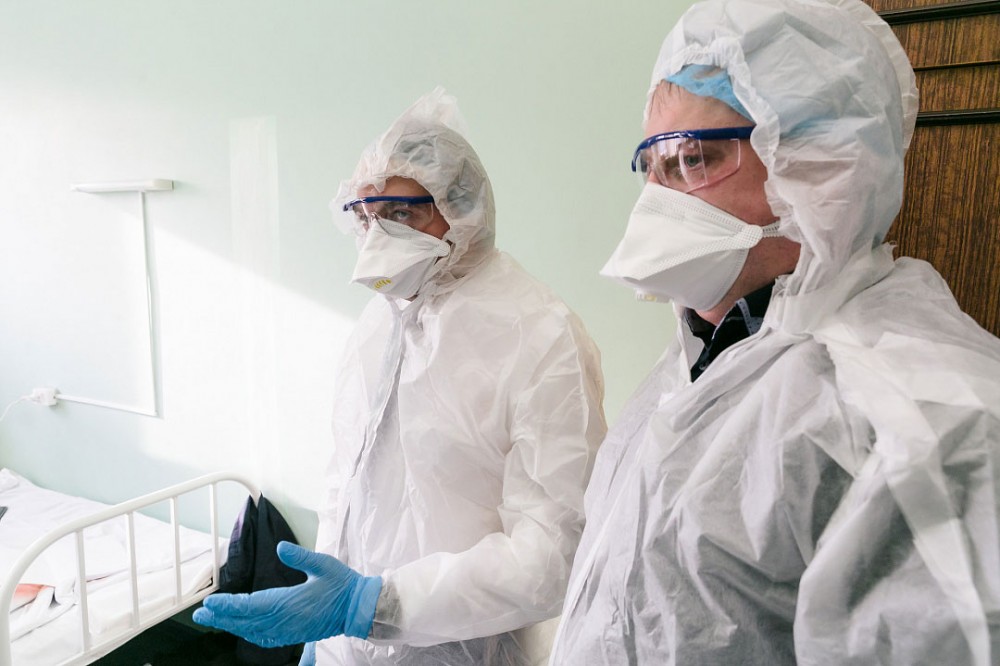 The chess tournament that included young players from several countries ended in scandal and the isolation of more than 100 people. Among them the city mayor.
Read in Russian | Читать по-русски
By

The tournament was held as planned despite warnings from local authorities. On the same day as the event started, regional Governor Andrey Chibis announced that all mass public events that included participation of foreigners must be cancelled.

Still, about 100 young people on the 13th March sat down by the chess boards as part of the Polar Gambit 2020, an open international tournament for young people. On the list of participants were youngsters from Estonia, France and Ireland.

As the event came to a close, it became known that one of the players, a young man from Ireland, had contracted the coronavirus. As he was about to leave the Russian Arctic city on the 16th March he was taken from the check-in area at the local airport and subsequently isolated at the regional hospital.

Following his positive testing for the virus, all participants were put in isolation. That included Murmansk City Mayor Yevgeny Nikora, who had been shortly at the event to welcome participants.

Nikora was placed in total isolation at the Murmansk Regional Hospital. The same was the case with a journalist, a member of the local parliament and two of the event organizers, newspaper Komsomolskaya Pravda reports.

Among the latter is Andranik Musatyan, the Head of the Murmansk Chess Federation. Musatyan is not happy with the reaction from the health authorities and argues that all participants should have been put in hospital confinement.

«Hundred people were at the tournament, but none of them were put under observation. For some reason only we are here, all the rest are in their homes,» he complains.

«Why must it be worse for me? I was at the event only for 15 minutes, opened the tournament and left,» he says to Komsomolskaya Pravda.

Neither he, nor City Mayor Nikora, tested positive for the virus.

Musatyan, a well-known local politician and businessman, is not impressed with the work of Rospotrebnadzor, the state consumer and welfare agency responsible for public health.

«The sportsmen sat for up to eight hours over the chess boards, saw each other in the eyes, shook hands and sneezed at each other. If there is an epidemic, then the most dangerous ones must be isolated,» he says.

«This must all be sorted out by the Rospotrebnadzor,» he underlines and calls the agency an «unprepared, defunct and incomprehensible body.»

Several of the foreign participants had left Murmansk by the time the Irish chess player tested positive. But a group of Frenchmen were still in the city and have subsequently been placed in quarantine.

This week, French General Consul on St.Petersburg came to visit the young players. Along with Murmansk Governor Andrey Chibis, Hughes De Chavagnac was a shown around in the hospital ward where they are isolated. If a third and final test shows negative result, the players will be allowed to leave Murmansk on the 30th of March, the Murmansk regional government says.

Most of the local Russian players that took part in the tournament are now in home quarantine.

However, not everyone that was on the site of the tournament have been followed up the health authorities. Guest of honor and chess grandmaster Valentina Gunina, who had come to Murmansk to lead and comment the tournament online translations, was reportedly not requested to enter quarantine.

«There was a total mess, [and] nobody told me anything about what to do, nor what tests to take.»

Murmansk by the 24th March officially had one case of coronavirus. On the 25th March, regional authorities announced that another two individuals are suspected to carry the virus.