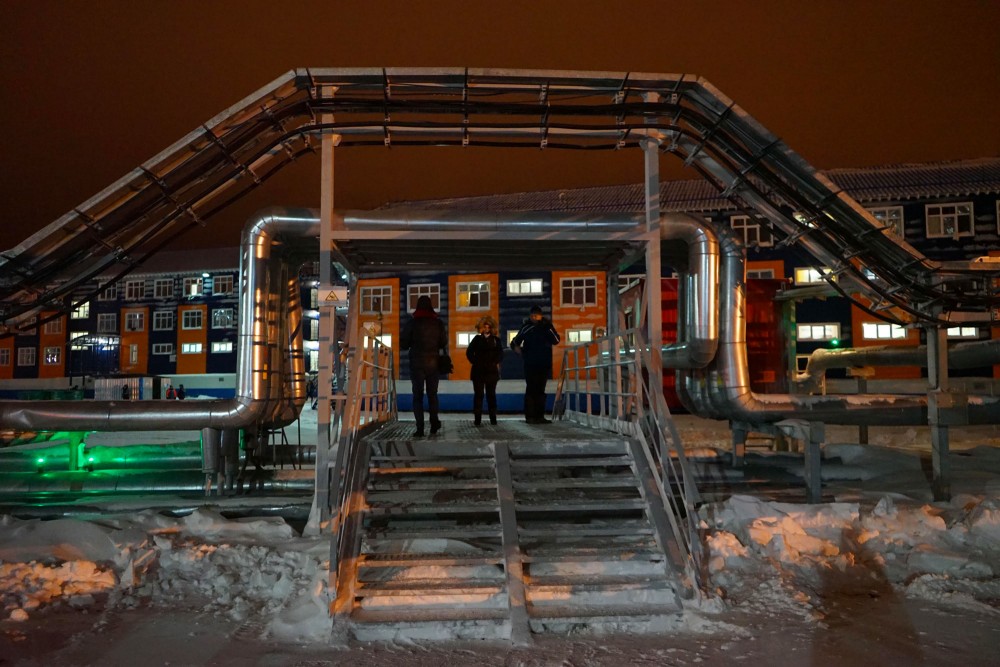 Many say they are kept against their will in the remote Arctic natural gas hub despite negative testing for the coronavirus.
Read in Russian | Читать по-русски
By

There is no place to run if you are working in Sabetta. Around the desolate industry town is nothing but endless tundra.

For the many thousand natural gas workers on site, the only way out is through the local airport. That airport, however, has over the last weeks been only partly in operation. In April, regional health authorities demanded a full stop in flights following the COVID-19 outbreak. Novatek later disputed the decision.

On the 11th May, a group of workers assembled in a protest against Velesstroy, one of the key contractor companies on site. We are not allowed to return home even after twice negative virus tests and two weeks of quarantine, the protesters told representatives of the company.

Film clips of the protest was put on social media by several of the participants.

Velesstroy subsequently issued a statement where it underlines that it strictly adheres to the recommendations of regional health authorities.  More people will now being allowed to leave Sabetta and return to their home towns, the company says. A total of 1,400 workers have reportedly already been allowed to leave the area.

Velesstroy underlines that there has been no work conflicts, no strikes, among its workers.

Up to 30,000 people are directly and indirectly involved in the large-scale construction activities and LNG production in Sabetta. The natural gas plant and sea terminal on site are among the biggest of their kinds in Russia.

The coronavirus has created a serious health situation in a number of oil and gas fields and construction sites in the Russian north.

Open discontent in late April erupted in the Chayadinskoye project in Siberia as stringent isolation measures were introduced among 10 thousand workers. Several hundred people were involved in a rally that reportedly included the blocking of roads leading to the project construction site.

The authorities have subsequently feared similar unrest in other project, among them Belokamenka in the Murmansk region and in Sabetta.

The number of COVID-19 cases in the north Russian regions continues to grow. According to official statistics, there were by 15th May a total of 1,545 registered cases in the Yamal-Nenets area. That included an increase of 115 people over the last 24 hours. The lion’s share of the infected are found among commuter workers in the regional oil and gas towns, among them Sabetta.