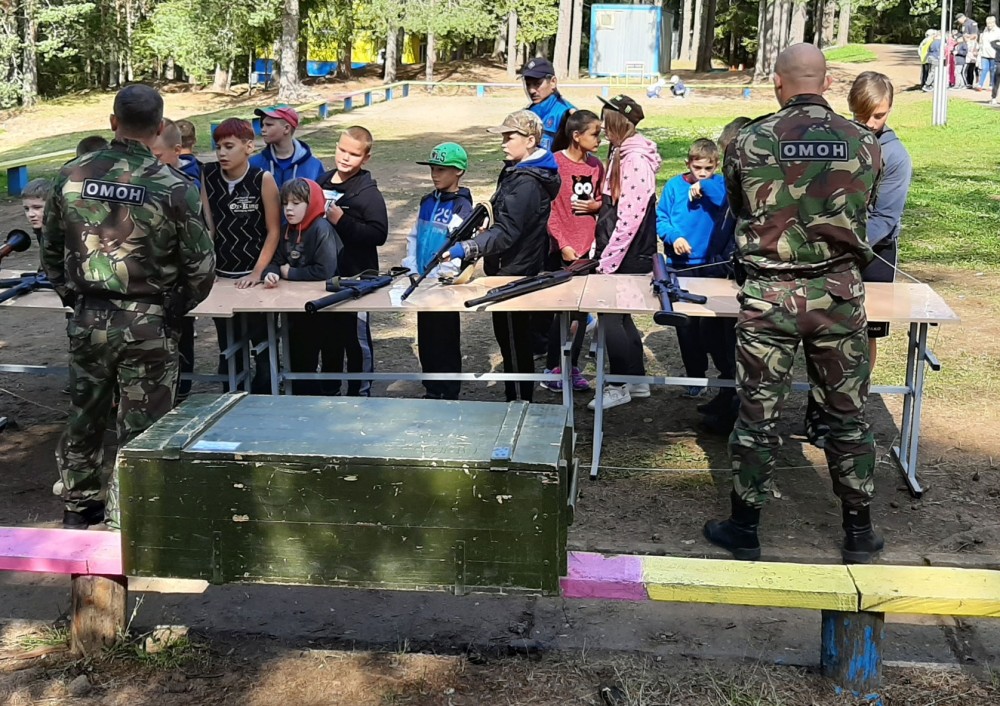 They have been shown how to handle an automatic rifle and learnt about patriotic upbringing. Thousands of kids across Russia took part in this summer's camps co-organized by the Russian National Guard.
Read in Russian | Читать по-русски
By

Children and youth from all over the country are returning to school, some of them with summer experiences from camps organized by Russia’s para-military National Guard, Rosgvardia.

“Summer holiday with the Rosgvardiya” has been a nation-wide campaign in “patriotic upbringing” initiated and carried out by armed men in uniform.

In the far northern Yamal-Nenets region, kids have not only learnt ways to prevent accidents and cope in nature. They have also been been given an introduction to the special equipment used by the soldiers of the para-military force, Captain Aleksey Vorobyov says about the camp organized in the region.

Despite serious regional troubles with coronavirus, the camps have been organized as originally planned. Judging from photos, there was little use of facemasks and other virus prevention measures during the activities.

In Murmansk, the National Guards showed the school kids self-defense techniques. They were also given a master-class in the special training by Russian riot police representative. And a special surprise was the display of an armed Tigr vehicle, the local Rosgvardia unit informs.

It is good for recruitment, teacher and camp organizer Lyudmila Boiko admits.

“The kids liked it and many of the boys have decided to become members of the Rosgvardya when they grow old enough,” she explains.

Not only Rosgvardiya has organized summer camps for kids this summer. Over the last years, patriotic training clubs and movements have strengthened their position all over Russia. The far biggest of them is the Yunarmiya movement established by Defense Minister Sergey Shoigu and directly subordinated the Russian Armed Forces.

A total of 719,000 young Russians from all over the country are today members of the Yunarmiya, the organization informs on its website.

In August, the Yunarmiya was key stakeholder in a cooperation deal signed by the Northern Fleet and Yalta, the city in Crimea. The agreement includes cooperation on patriotic education and summer camps, TASS reports.

In addition to the Yunarmiya comes a big number of other smaller organizations. In Nikel, the small town located on the border to Norway and Finland, the military-patriotic club Rus is organizing a wide range of events and training for young kids, many of them only 10-12 years old. Weapons and military equipment is a central part of the activities.

Footage by Rus from their ctivities with kids in Nikel, late August 2020