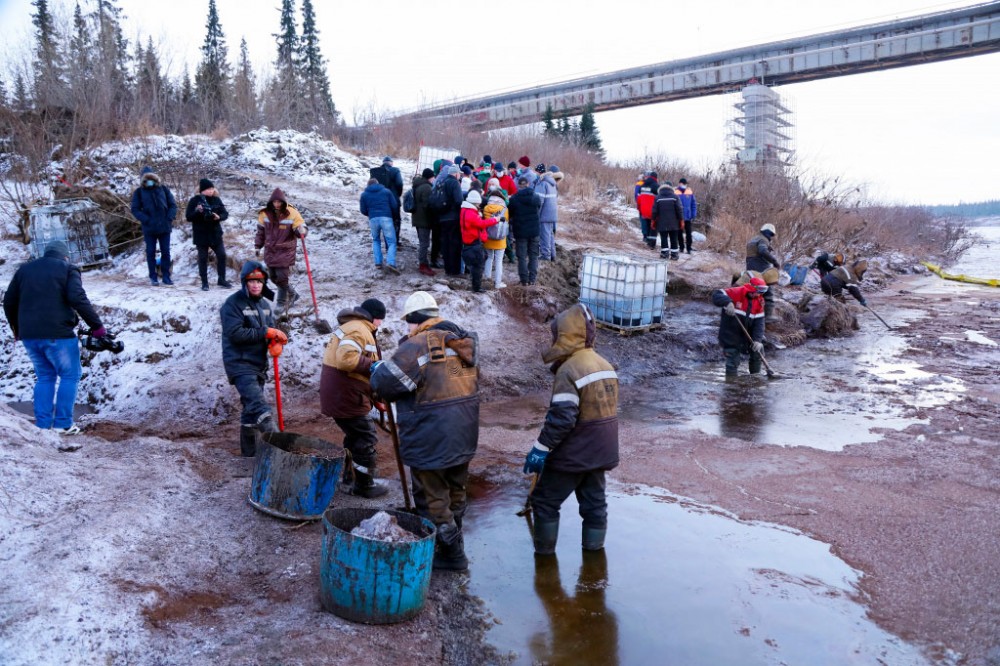 The Save Pechora Committee has filed a complaint to the Prosecutor’s Office in Syktyvkar,  Komi Republic, following last month’s spill in the Kolva river, 7x7-journal reports. Leaning on information from a regional environmental monitoring institute, the organization says water sample analysis indicates that oil products spread about 200 km down the river from the site of the accident.

Earlier, regional environmental control authority Rosprirodnadzor and the Usinsk town administration had stated that Lukoil had managed to stop the slick significantly higher up the river, 40 km away from the spill area.

The spilled oil came from the Kharyaga oil field in the Nenets Autonomous Okrug and was recorded in the evening of 17th October 17. It soon spread into neighboring Komi Republic. According to Lukoil, the leak came from depressurization in an abandoned oil pipeline. Reportedly, 900,000 liters of oil spilled into the river. Emergency personnel installed four boom containments in the Kolva.

Ten days after the spill, regional authorities in the Nenets Autonomous Okrug announced that the cleanup was completed and that there were no more traces of oil neither on the water, nor along the river shore.

“There can not be seen any traces of oil products on the water or along the shore, [and] biological re-cultivation will be conducted in the course of the warm season next year,” a representative of Lukoil assured.

But Ivan Ivanov from the Save Pechora Committee remains critical towards both the authorities and the oil company.

According to the environmentalist, the whole point of Lukoil’s damage control was to remove the visible rainbowlike film from the river’s surface. However, when water is cold, oil tends to accumulate in storage zones and benthal deposits, rather than spread over the water surface, thereby causing secondary water pollution, Ivanov told 7x7.